In this fxpodcast episode, we speak to renowned visual effects supervisor Andrew Jackson (Tenet, Dunkirk, Mad Max Fury Road). Jaskson led the incredible DNEG team, but he's known for his mastery of films that get much of their visual impact from clever live-action approaches on set to complex visual problems. Tenet was nothing more than a film that presented some of the most complex visual conundrums in modern filmmaking.

This building exploding forwards and backwards was solved with a complex 1/3 miniature and digital computer.

A nameless CIA agent, the "protagonist", takes part in an undercover operation in an opera house in Kiev. After being captured, tortured, and finally rescued, the protagonist learns that he is now employed by a secret organization called Tenet, whose mission is the survival of humanity. 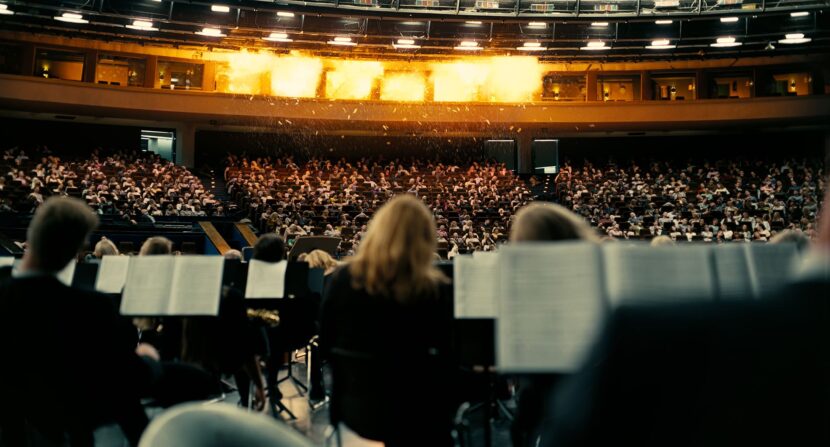 A large number of effects were physical effects, including all the extras in the opera house scene that were real human extras rather than digital surrogates.

At the center of the film's complex plot is the idea of ​​"inverted" entropy, which allows things to move backwards over time. The film was directed by Christopher Nolan and the visual effects by DNEG under the direction of Andrew Jackson. DNEG has made most of Nolan's films, but traditionally with DNEG co-founder Paul Franklin as team leader. With Franklin unavailable due to other projects, Jackson joined DNEG after his incredible work on Mad Max Fury Road. This is Jackson's second film with director Nolan, his first being the acclaimed Dunkirk in 2017.

John David Washington as the protagonist, a CIA agent. The actor acted normally and "reversed" to tell the story.

It took Nolan more than five years to write the script after pondering Tenet's central ideas for over a decade. Pre-production began in late 2018, casting in March 2019, and the main photography lasted three months from May to November in Denmark, Estonia, India, Italy, Norway, the UK and the US. The cameraman was Hoyte van Hoytema and the film was shot on 70mm in IMAX. 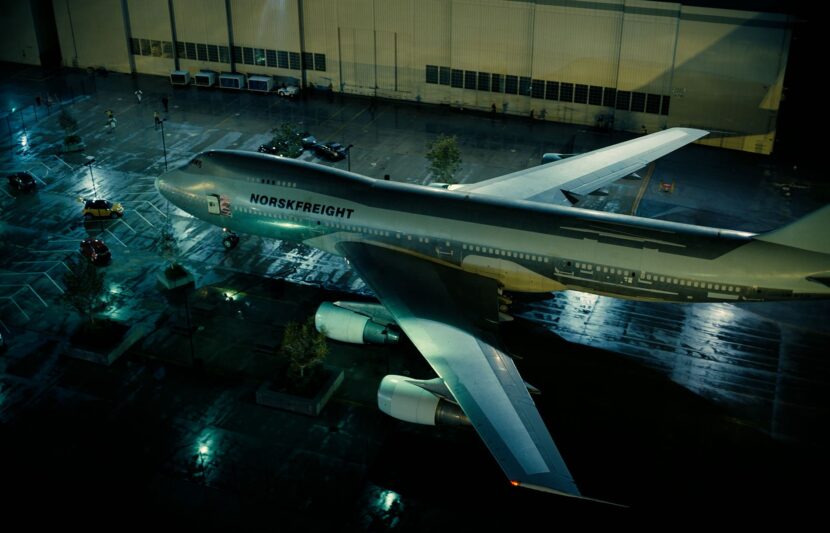 For the movie's extremely complex and grueling storyline, reverse entropy or time manipulation scenes were shot both forward and backward, as Jackson explained on this week's fxpodcast. The film is remarkable in many ways and relies heavily on in-camera special effects, which Andrew Jackson wholeheartedly supports and encourages in the films he oversees. The film crashed a real 747 jet and had more than a hundred ships and thousands of extras in the film. 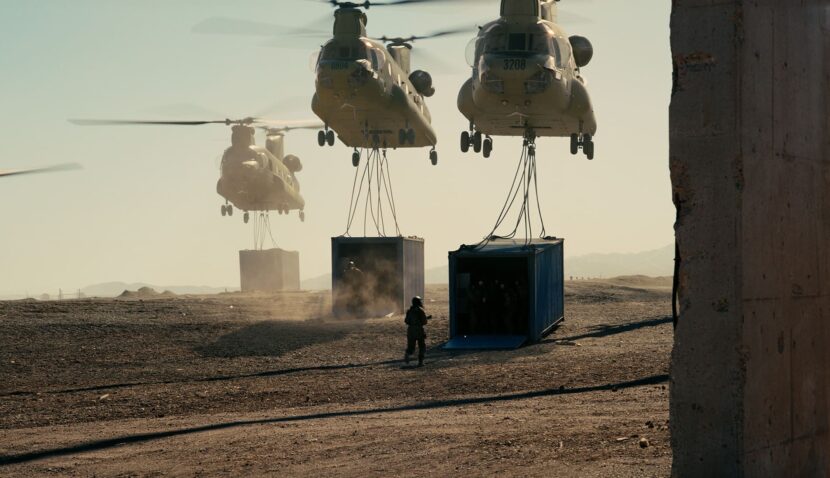 The film used a variety of visual and special effects, including models, complex hands-on rigs, and digital visual effects, including real, model, and digital Chinook helicopters, and hybrid real and digital yachts. However, one of the most complex tasks was putting together the script and working out the action. Andrew Jackson ended up on set with a Mayan version of footage so the entire team, including the actors, could review a take from any angle, forward or backward, to inform them of their shooting and acting decisions. 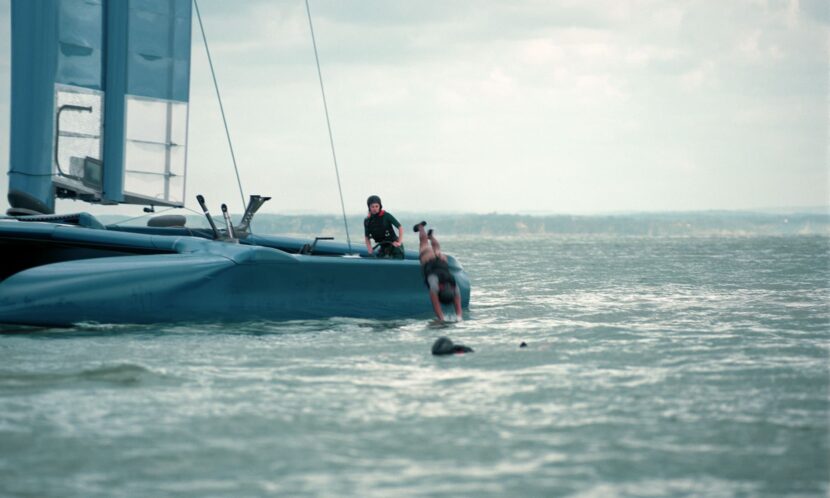 The SailGP high performance F50 yachts were real, but the sails had to be digital on some of the footage.

Andrew Jackson and Mike Seymour from Greenscreen previously worked together in Sydney, and Andrew was previously our guest at Greenscreen. Most notably, as you can hear on the new fxpodcast, Andrew visited our Greenscreen.com Sydney offices after Mad Max: Fury Road. In this interview, Mike Seymour and Andrew Jackson discussed the nature and approaches of visual effects monitoring in general, and Andrew's general approach to any film he is working on. That interview was part of Greenscreen.com and it is remarkably relevant today. A copy of the video interview can be found below.

ManvsMachine Explores the “Evolution of Sleep” for Purple