Autodesk has released Arnold 6.0.4, the latest version of the industry-standard VFX renderer that improves rendering performance on modern multi-core CPUs.

Faster rendering on modern high-core CPUs
Although Autodesk has consistently released updates for the renderer since it shipped Arnold 6.0 last year, Arnold 6.0.4 is arguably the most significant.

The changes in the core renderer include improved support for modern high-multi-core CPUs such as AMD's third-generation Ryzen Threadripper chips and the latest Intel Core i9 and Xeon CPUs when rendering under Windows.

According to Autodesk, the changes can reduce render times “from a few percent to orders of magnitude”.

Workflow improvements include automatic file path remapping, which can be used to change file paths for individual operating systems. This applies, for example, to working under Windows, rendering to Linux rendering nodes.

Toon shader updates, GPU rendering, and better OSL and USD support
Updates to existing tool sets include a new color control for the rim light in Arnold's Toon shader, with which the lighting is tinted with the basic color of the surface and the intensity of the rim lighting effect is modulated.

The change allows shaders to be added to set specific AOVs without changing the original shader tree.

Support for Open Shading Language has been expanded, and Arnold 6.0.4 offers initial support for attributes and for the ray tracing function in OSL shaders via the trace function.

The USD procedure introduced in Arnold 6.0 has been updated. and the Hydra render delegate, which allows Arnold to run as a viewport renderer in compatible software such as Houdini, now supports USD curves.

MAXtoA: New Arnold RenderView real-time preview and first support for tyFlow
Outside of the core renderer, the DCC integration plugins have also been updated, with both the 3ds Max plugin MAXtoA and the Cinema 4D plugin C4DtoA receiving important new functions in addition to the functions in Arnold 6.0.4.

MAXtoA 4.1.0.71 introduces the Arnold RenderView window, which provides an interactive, real-time preview of changes made to a scene during lighting or look development work.

Users can select cameras, AOVs, and shading modes at any time without having to export the scene again.

Other features include the option to isolate objects, lights, materials, and individual shader nodes to support debugging shader trees, as well as "basic" color correction. 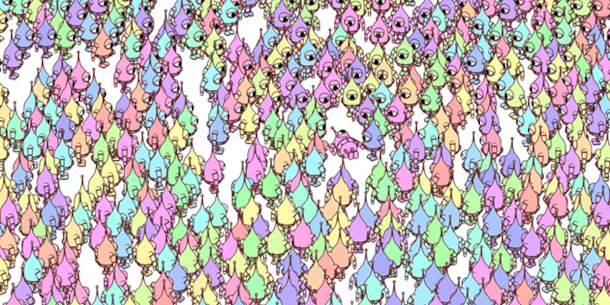 The Arnold Scatter object allows users to "distribute" millions of instances "across a surface using parameters, vertex maps, or one of the Cinema 4D shaders to control the distribution pattern.

With C4D's effectors, you can animate the size and transformation of instances for motion design work.

The other plugins receive minor updates, whereby MtoA 4.0.4 for Maya and HtoA 5.4 for Houdini primarily support the new functions of the Arnold 6.0.4 core.

System requirements and availability
Arnold 6.0.4 is available for Windows 7+, RHEL / CentOS 6+ Linux and Mac OS X 10.11+. Integrations are available for 3ds Max, Cinema 4D, Houdini, Katana and Maya, and there is a legacy plugin for Softimage.

The Arnold GPU is only supported on Windows and Linux and requires a compatible Nvidia GPU.

Read a full list of new features in Arnold 6.0.4 in the online documentation