Autodesk has released Arnold 6.1, the latest version of the industry standard VFX renderer, which adds a new framework for post effects and for rendering physically correct nested dielectrics.

The update also provides support for partially loading textures in the Arnold GPU and initial support for easy linking. plus support for light shapes in USD scenes.

The integration plugins for 3ds Max, Cinema 4D, Katana and Maya have also been updated.

In the first implementation, there are five imagers that you can use to image images and make color corrections, lens effects, and settings for exposure and white balance.

Imager nodes can be chained and used in both final and interactive rendering. Currently, however, it is only possible to edit existing imagers during the IPR, not add new ones. 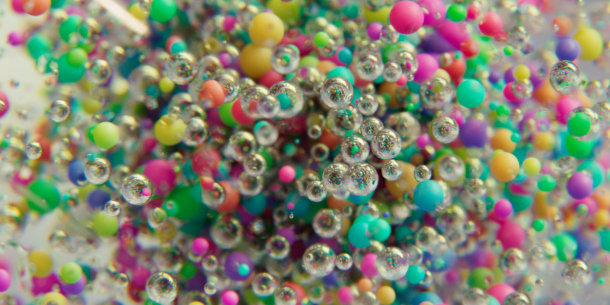 Arnold's Standard Surface Shader now includes a dielectric priority property that allows artists to control which material within an overlap area determines dielectric properties, such as index of refraction (IOR).

In contrast to the legacy mode, which is still available by setting a global property, the new system correctly calculates the refraction of light at the boundaries between materials.

The support for partially loading textures reduces the memory usage in the Arnold GPU
GPU renderer Arnold The GPU supports the partial loading of textures and reduces the memory requirement when rendering scenes with tiled or mipmapped textures, e.g. B. in TX format.

According to Autodesk, the memory required for textures in a typical scene can be “up to 5 times smaller”, although the reduction in overall GPU memory usage is less.

In the scene shown in the documentation, the total GPU memory usage in Arnold 6.1 is 2.2 times lower than in Arnold 6.0.2.

In the current version this means that spot and IES lights are supported in scenes in USD format.

The Hydra render delegate, which allows Arnold to run as a viewport renderer in applications like Katana or Solaris, now supports per face material assignments and the UsdTransform2d preview shader.

There are also a number of performance improvements, particularly on Windows: According to Autodesk, Arnold now runs "on average 7-8% faster overall" on the operating system.

There are also custom improvements to interactivity with IPR renderings and when using adaptive sampling.

At the time of writing, only the Houdini integration plugin HtoA does not support the new features.

System requirements and availability
Arnold 6.1 is available for Windows 7+, RHEL / CentOS 6+ Linux, and Mac OS X 10.11+. Integrations are available for 3ds Max, Cinema 4D, Houdini, Katana, and Maya, and there is a legacy plug-in for Softimage.

The Arnold GPU is only supported on Windows and Linux and requires a compatible Nvidia GPU.

For a full list of what's new in Arnold 6.1, see the online documentation