Converting from SDI to HDMI and vice versa is almost as common these days as attaching a lens adapter to a Sony camera. With the new Micro Converters 3G, there's no reason not to have one of these little boxes in your kit – especially at this price point.

Adding to the already impressive and reliable line of converters that are easy to use and don't break the bank, Blackmagic Design added these three new models:

The converters have a solid housing with strong, high-quality connectors. The setup converters even let you connect two devices to one source, either before or after the conversion (depending on the model).

Unfortunately, these broadcast-quality converters don't have attachment points or threads, so you'll need to secure them with a Velcro or clamp if you want to mount them to your rig.

In addition to converting signals with up to HD 1080p60, the micro-converters also offer SDI re-clocking for longer SDI cable lengths and HDMI time code support. 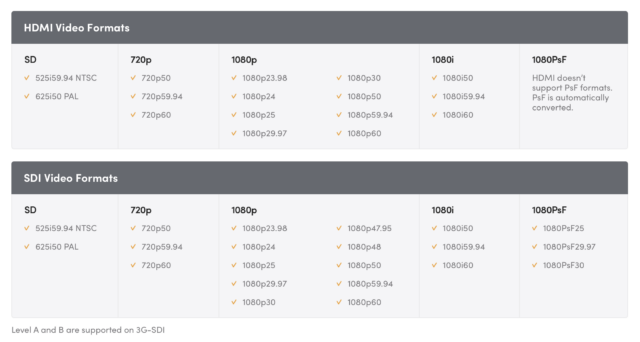 The Micro Converter BiDirectional even supports camera control, so that you can, for example, control your pocket cinema camera with an ATEM SDI switch between which the BiDirectional converter is located.

You can change the converter settings using the Blackmagic Converters Setup software for macOS and Windows.

Power is supplied via USB-C, so you have to bring a power bank. Blackmagic Design also sells a USB-C power adapter for plugging in an electrical outlet for $ 35. 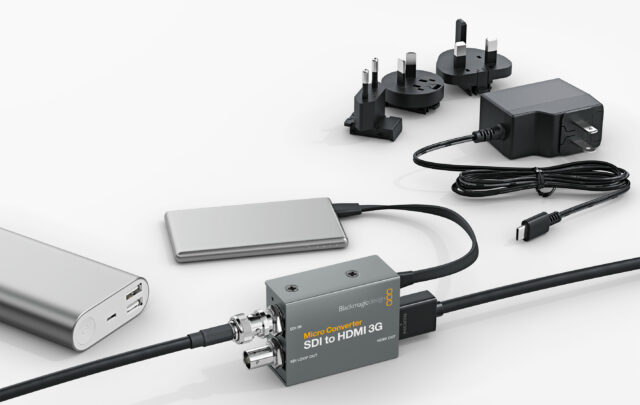 Pro tip: You can attach some Velcro straps to the case and attach a Blind Spot Power Junkie so you can use standard NP-F batteries to power the micro-converters and your camera or accessories so you don't have to worry about replacing multiple batteries.

Do you already own a micro-converter or are you planning to add one to your kit? Do you have experience with the new 3G Blackmagic converters or older models? Let us know in the comments below.

Overview of the Zhiyun Weebill-S | Greenscreen