In total, there are over 100 new features spread throughout the software, including major updates to the toolset for editing and Fairlight audio production of the software.

Blackmagic Design also announced two new hardware control devices for Resolve: the DaVinci Resolve Speed ​​Editor keyboard, which is available now, and the Fairlight Desktop Console, which will be available in December.

Users can create custom color wheels for specific tonal areas, including exposure and saturation controls for each area. The controls are color space-aware and produce perceptually uniform results.

There's also an interesting new mesh-based color warp tool that allows users to adjust two color parameters at once – either hue and saturation or chroma and luma – by dragging points on a control grid.

You can see the workflow at 00:07:10 in the video above: it looks like a powerful workflow, with the potential to make adjustments much faster than traditional tools.

The update also adds "Magic Mask": a new AI-trained system for isolating people or individual body parts such as arms or faces from the background of the footage.

It appears to be similar to the Semantic Keyer features Autodesk added to the latest versions of Flame and generates a mask that tracks the figure through each frame.

In the case of DaVinci Resolve, mask creation is not fully automated as the user draws a line on a frame to identify the object to be isolated.

According to Blackmagic Design, it covers a larger range of color values ​​than existing industry standard color spaces such as BT.2020, Arris ALEXA Wide Gamut or ACES AP1.

Other changes include support for 17-point 3D LUTs. Improvements to the user interface and workflow when using areas; and new diagonal, louvre and checkerboard cloths for comparing frames. 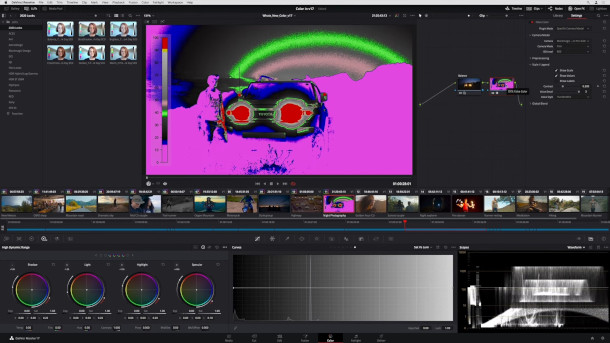 They include a range of blur effects, including blending smear boxes for motion blur; a motion trace generator; and dedicated tools for noise reduction and detail restoration for archival material.

The shapes are GPU accelerated and can also be used as particle sources.

Blackmagic's changelog describes the features as "first-time support". We therefore assume that the company plans to expand the toolset to subsequent versions.

The update also adds new animation curve modifiers that allow Fusion to be set up to automatically reset animations when the duration of a composition changes.

Compositions created on the Fusion side can now also be saved as templates for use elsewhere in the software, e.g. B. to add customizable effects or titles while editing.

Editing and Audio Production: A number of new AI-based tools and workflow improvements
The software's audio and video editing toolsets are also being extensively updated. The changes to the Fairlight audio production toolset are known as "the biggest update in Fairlight history".

Editing is not Greenscreen's specialty. So follow the links at the bottom of the story for more information.

One feature that caught our eye is Smart Reframe, a new AI-trained system that automatically reshapes the footage when converting between aspect ratios.

It identifies faces and repositions them within the new frame so that the footage stays centered on the action, following the example of the Adobe Premiere Pro automatic update system.

There are also a number of UI and workflow improvements, including a new metadata slate view with bin dividers that allows clips to be sorted by scene, shot, or camera data. 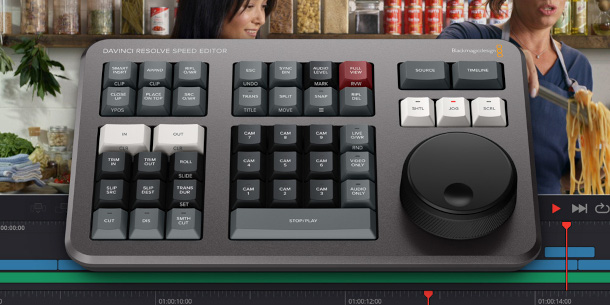 The Fairlight Desktop Console is an audio control surface priced at $ 3,595 and is expected to ship in December.

The basic version of the software is free of charge; The Studio Edition, which lets you work at higher resolutions than UHD and offers a number of advanced features, costs $ 295.

Unfortunately, Blackmagic Design doesn't appear to have updated its feature comparison chart for the two editions.

However, a new feature in the free edition is collaboration with multiple users: Starting with DaVinci Resolve 17.0, users of the free version can have multiple artists work on the same project at the same time.

Read a full list of what's new in DaVinci Resolve Studio 17.0 on the Blackmagic Design forum