Virtual production is taking the global cinema industry by storm. It was already there in Hollywood. "Avatar" (2009) by James Cameron and Jon Favreau's two films "The Jungle Book" (2016) and "The Lion King" (2019) are the exceptional examples of VP in filmmaking. After the COVID-19 pandemic, this technology is reaching a whole new level to meet the demands of current production needs.

What is virtual production (VP)?

The Virtual production technology is already a giant shift in the way we make our traditional live action and visual effects films. It's a complete paradigm shift that gives the director a lot more control. He / she can see the final output right at the time of the live action recording, which used to be dependent on the post production, editing and finalization process.

VP is the seamless result of various technologies from AR (Augmented Reality), VR (Virtual Reality), gaming engines (Unreal Engine, Unity) and a whole range of CGI (Computer Generated Imaginary). This real-time in-camera technology offers a complete experience that adds much more depth to the entire process of storytelling and filmmaking. Such a production technique eliminates the typical chroma recordings (green screen and blue screen). It is replaced by LED screens onto which the background is projected. The BG can be made beforehand CG or live action shoot record. This system creates a complete virtual environment for filmmaking.

Many directors and top film industry authorities have already shaped it as the future of filmmaking.

All about India's first virtual film:

Now India is also emerging to adapt. We will see the virtual production in the Indian film industry with the upcoming film by Mollywood superstar actor Prithviraj Sukumaran. According to its Twitter announcement, it is a multi-lingual film made entirely using groundbreaking virtual production techniques. He also shared the first look poster showing a sword in his hands and an eagle. There is an indication that this is an epic periodic / mythological film and that it will play a warrior character.

As mentioned earlier, it will be the pioneering film for the Indian film industry in the field of virtual production. The name of this mega-budget film has not yet been determined. It is published in five major languages ​​of India – Malayalam, Hindi, Telugu, Tamil and Kannada.

Gokulraj Baskar will direct India's first virtual film, with Malayalam actor Prithviraj playing a leading role. He will also take care of the concept designer's responsibility. He talks about Prithviraj Sukumaran and is not only an actor but also a director, producer and film distributor. The film will be under Prithviraj Productions. Some of the best films by South Indian star Prithviraj include Ayyappanum koshiyum, Driver's License, 9, Adam Joan and Ezra. His upcoming films are Aadujeevitham, Vaariyamkunan and Kaduva. 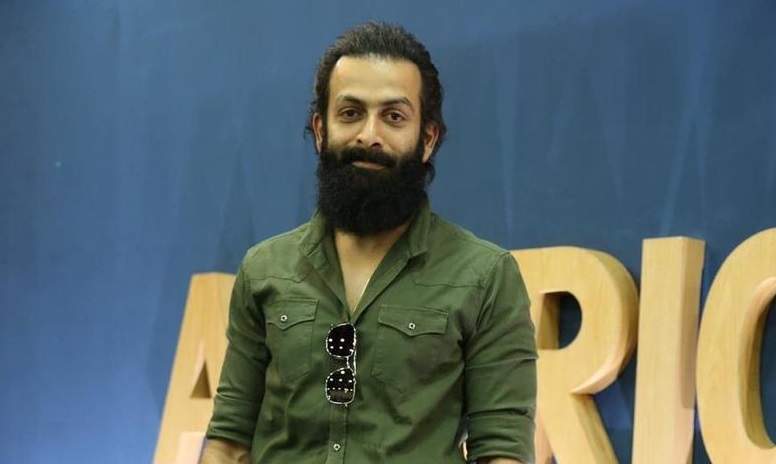 Listin Stephen is the producer of India's first virtual production film. He is an Indian film producer and distributor and runs a company called "Magical frame". Its main contribution is in the film industry in Malayalam and Tamil.

This untitled film is slated to be shot entirely in a studio in Ernakulam, Kerala. Gokulraj Baskar has done his side of in-depth research on this technology and some other related things and is now ready to do it on a real platform. The much-needed virtual production team for this high-budget film is being hired in the same studio for faster execution. As stated by Gokulraj, this film is based on a Kerala mythology. Additional cast members will be announced shortly. Like a typical Indian movie, there will also be fun action shots and songs.

We hope this film will get a lot more success and global recognition than Baahubali 1 and 2. This virtual production film from the Indian film industry will conquer its own niche and inspire a new generation of filmmakers.