DJI just announced two new handheld gimbals, the DJI RS 2 and DJI RSC 2, which are a new generation of the Ronin-S and Ronin-SC with higher payloads, smarter features, axis locks and more. The DJI RSC 2 has a collapsible design for a very compact footprint during transport. Both gimbals are also compatible with a new line of accessories for different shooting scenarios. DJi RS 2 and RSC 2 are available now starting at $ 499.

DJI today announced two new gimbal systems. Don't let the mysterious names confuse you – the DJI RS 2 and DJI RSC 2 are the successors to the new generation of the DJI Ronin-S and Ronin-SC. The larger model, DJI RS 2, is designed for heavier DSLR cameras and smaller cinema cameras, while the DJI RSC 2 is aimed at lighter mirrorless cameras and has a foldable design.

One of the main complaints from Ronin-S users was the total weight of the gimbal. At 1.86kg, the gimbal was heavier than its competitors, making it difficult to shoot with for long periods of time. DJI listened to this feedback and incorporated carbon fiber into key components of the DJI RS 2 to reduce its weight to 1.3 kg. According to DJI, this did not affect the durability of the gimbal. It seems to me that the design of the gimbal was inspired by the big DJI Ronin 2.

The maximum payload has been increased and the DJI RS 2 can support a tested dynamic payload of 4.5 kg. The battery offers an operating time of up to 12 hours. For urgent situations, a new quick charge function has been added directly to the battery handle, which enables an additional battery life of two hours with a 15-minute charge. 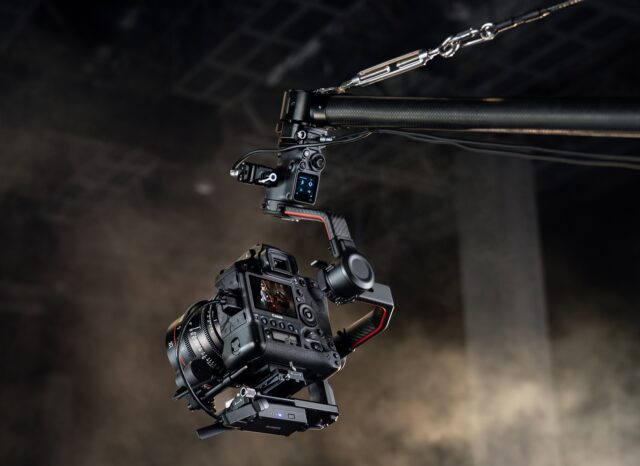 There are of course some new smart features. The newly optimized Titan stabilization algorithm reduces the need for manual user input, compensates for user movement and optimizes the inclination and angle of the gimbal. In addition, a new SuperSmooth mode offers a further level of camera stability, especially to compensate for lenses with longer focal lengths of up to 100 mm. 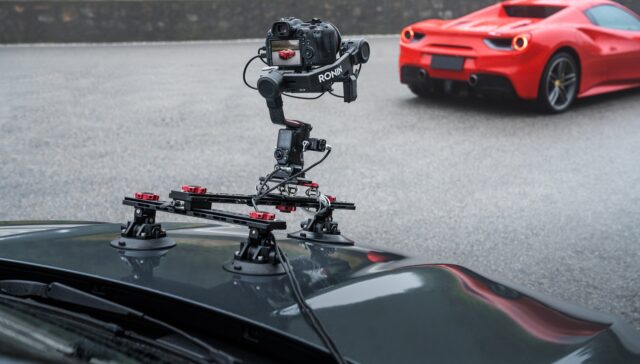 The cardan ring has axle locks for easier balancing and transport. The two-layer camera mounting plate is compatible with both the Arca-Swiss and the Manfrotto standard. There is also a fine-tune compensation button for more precise camera compensation. 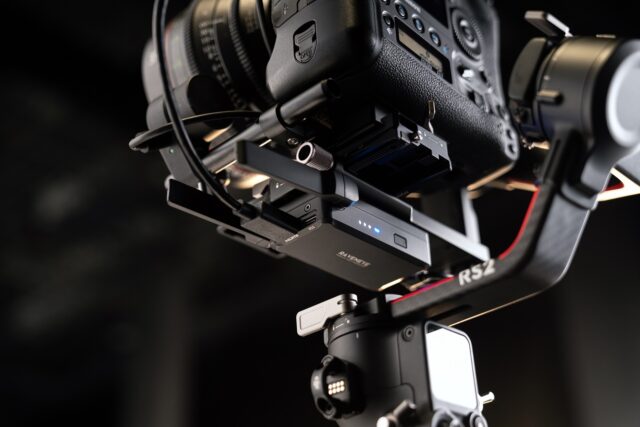 The gimbal has a 1.4-inch color touchscreen for camera data, settings or even live feeds from the camera. The screen can also initiate ActiveTrack and other intelligent functions. The built-in front dial above the shutter release enables precise focus control and complements a DJI focus wheel mounted on the RSA port to generate two-channel focus and zoom (only for supported camera models). 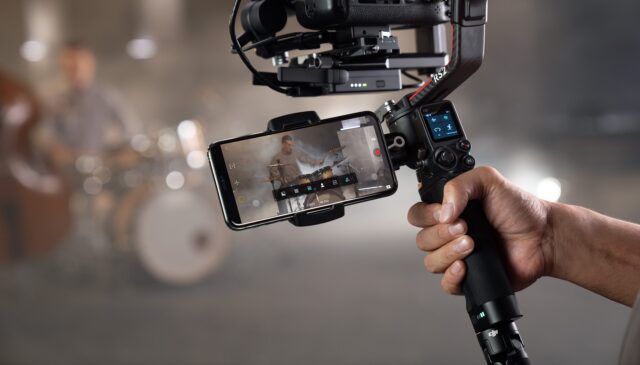 The DJI RS 2 can also be attached to outriggers, car attachments and sliders. Two RSA ports also serve as NATO ports, so users can mount accessories and accessories such as handles and a remote control. 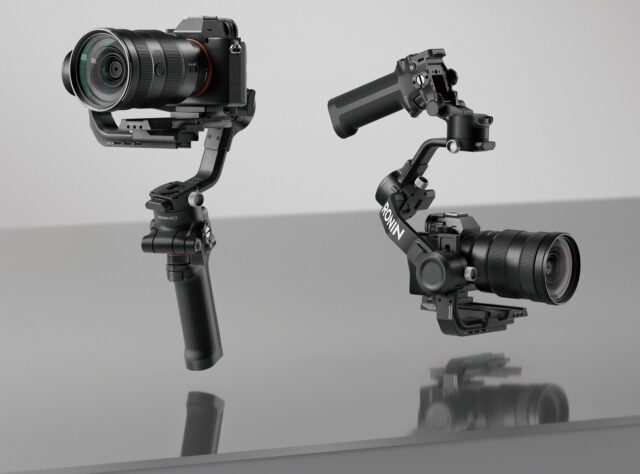 The smaller sibling – DJI RSC 2 – has a new portable folding design for easy portability. In addition, the folding design offers creative options for using the gimbal, e.g. B. Vertical filming without additional accessories or briefcase mode, in which the gimbal main arm can be released and thrown forward to achieve unique shooting angles. 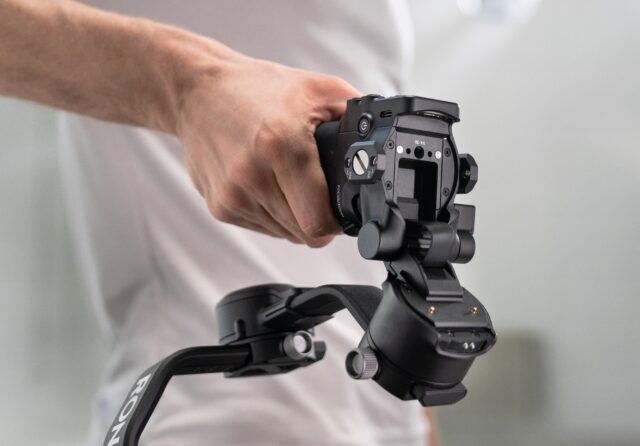 The cardanic DJI RSC 2 weighs 1.2 kg and has a foldable base of only 180 × 190 mm. As with the RS 2, the built-in battery offers a battery life of 12 hours and supports the new fast charging function. 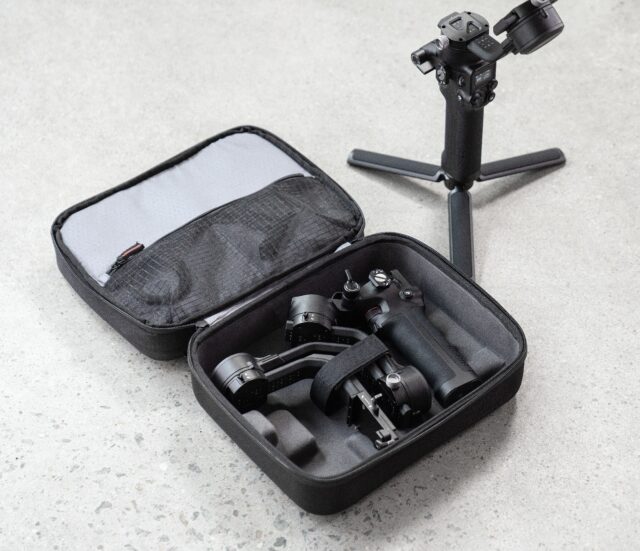 When it comes to maximum payload, the DJI RSC 2 can support a tested payload of up to 3kg. DJI claims the gimbal can carry even heavier mirrorless cameras like the Panasonic S1H with a 24-70mm lens. The RSC 2 has the same intelligent functions as the RS 2 – titanium stabilization algorithm, axis locks and a two-layer camera mounting plate. A built-in 1-inch OLED screen shows camera data with the ability to adjust settings directly. 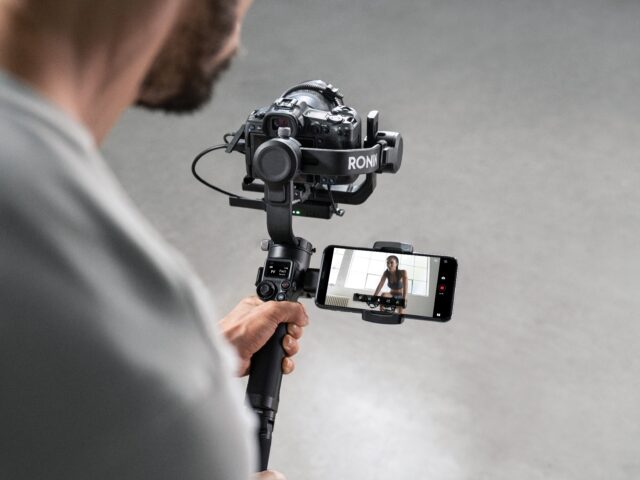 Just like the original Ronin-S and Ronin-SC, the new gimbals will include a handful of preprogrammed movements and functions. 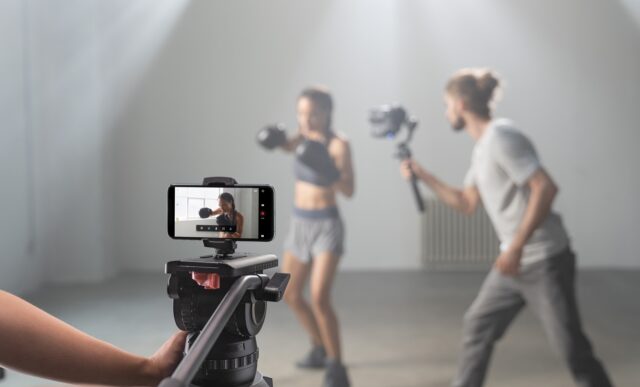 Both new DJI gimbals will be compatible with a new range of accessories. These include a cheese platter, a focus wheel, a 3D focus system, a Twist Grip double handle, a RavenEye image transmission system, a connected control handle, counterweight systems and much more. 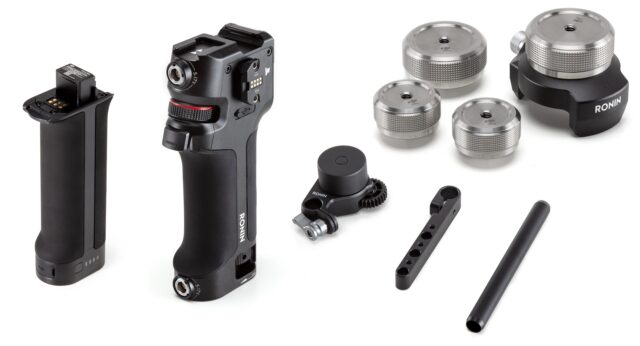 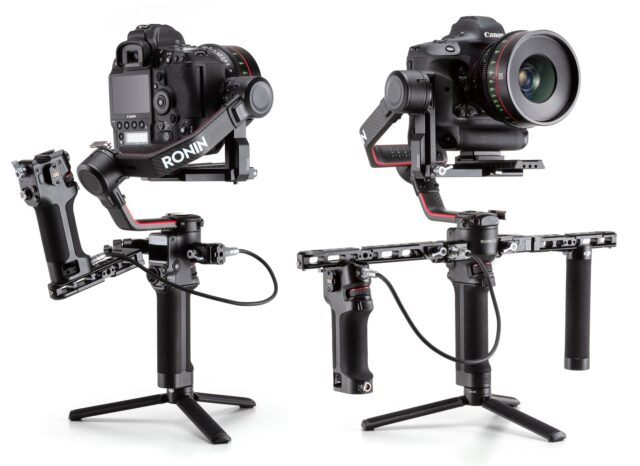 For remote control, both the DJI RS 2 and DJI RSC 2 can use ActiveTrack 3.0 when the RavenEye image transmission system is connected and a low-latency feed of 1080p / 30fps from up to 200 meters using the Ronin app send mobile device. 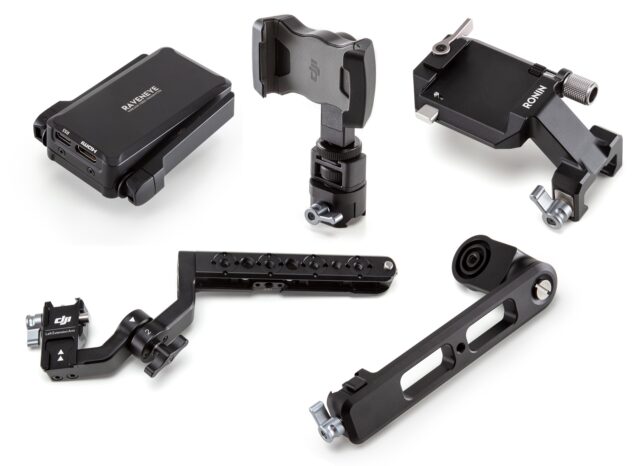 Important features and functions can be controlled with the new Ronin app. This includes Force Mobile, where the gimbal mimics the movement of the mobile device. For solo operators using manual focus lenses, the 3D focus system uses TOF sensors placed above the camera to provide autofocus. That sounds really interesting, but it won't be available until a later date.

As always with DJI, the new gimbals can be ordered immediately. In Europe, the gimbals should be delivered from October 31st. Each gimbal can be purchased individually or as a pro combo. This includes additional accessories such as a phone holder, a focus motor, a RavenEye image transmitter, a special carrying case and much more.

What do you think of the new gimbals DJI RS 2 and DJI RSC 2? Are you planning to upgrade to one of the two gimbals? Let us know in the comments section below the article.

“A Vindication of the Primal Nature of Creativity, Spontaneity, and the...