VIEW conference just announced that the 2020 Visionary Award will be presented to Dennis Muren, Senior VFX Supervisor and Creative Director of Industrial Light & Magic, who will attend his own keynote Q&A on the final day of the conference. As part of the core visual effects team that worked on the original Star Wars, Muren was at the forefront of the digital effects revolution with his groundbreaking work on The Abyss, Terminator 2: Judgment Day and Jurassic Park. At ILM, the nine-time Oscar winner continues to steer the development of the company and is committed to new effect techniques and technologies.

"Dennis Muren is a force of nature and a real living legend," says festival director Dr. Maria Elena Gutierrez. “Over the course of his career, he has raised his craft to the highest level and inspired young artists to follow him into the stratosphere. He is without question a worthy recipient of this year's Visionary Award. "

The festival added a final keynote speech from Andrew Jackson, VFX Supervisor to Christopher Nolan's Tenet on Friday October 23rd. Jackson will discuss the stunning visual effects of Nolan's latest thriller in a special discussion with Carolyn Giardina of The Hollywood Reporter.

"I couldn't be more excited if Andrew Jackson chaired the closing session of this year's VIEW conference," said conference director Dr. Maria Elena Gutierrez. "Like everyone attending the conference, I can't wait for them to share their insights and experiences while working on Christopher Nolan's latest theatrical spectacle." 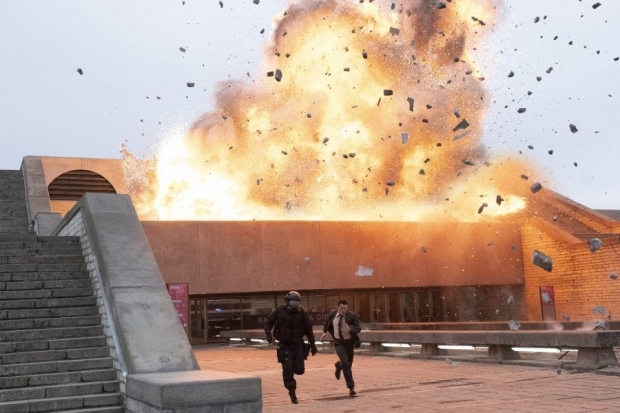 In other conference news, three 60-minute panels continue the "Big Picture" theme and begin Tuesday, October 20, with The Future of Cinema discussed by Tomm Moore, Co-Founder of Cartoon Saloon, Jorge R. Gutierrez. Director of The Book of Life and Tony Bancroft, Director of Animal Crackers, will host with Steven Gaydos, Executive Vice President of Content at Variety.

Steven Gaydos returns on Wednesday October 21st to host a panel on the future of storytelling that will feature Kyle Balda, director of Minions: The Rise of Gru, Kris Pearn, director of Sony Pictures Animation, Eric Darnell, Chief Creative Director at Baobab, Studios and Ron Martin, Creative and Technical Director for Media and Entertainment at Unity Technologies, come together.

Thursday October 22nd is about women in the animation industry. Mireille Soria, president of Paramount Animation, joins Marge Dean, director of the studio at Crunchy Roll and president of Women in Animation, Osnat Shurer, producer of Moana and Raya and the Last Dragon, and Maureen Fan, CEO and co-founder of Baobab Studios with Carolyn Giardina as moderator.

"The best way to discuss big ideas is to surround yourself with real industry giants," says Dr. Gutierrez. "I'm so grateful that we did just that with our excellent cast of directors and studio heads."

The 2020 VIEW conference is now in Turin's state-of-the-art OGR venue through October 23rd, and virtual. "As the VIEW conference will be both online and on-site this year, we are taking the wonderful opportunity to involve notable professionals from around the world," said Dr. Gutierrez. "VIEW 2020 is going to be amazing."

The VIEW 2020 conference is made possible thanks to the support of the Fondazione Compagnia di San Paolo, the CRT Fondazione, the Piemonte region, Città di Torino and the OGR.

Free The registration is now open. Additional information can be found at the event website.