In the "It Falls on Disney +" announcement, Disney's popular streaming platform gave a glimpse of the upcoming fall lineup, including new original movies, new series, and popular blockbuster films premiering this season. Also announced are two new nonfiction books to be released this fall: Meet the Chimps, a new National Geographic documentary about the 200-acre Chimp Haven refugee in Louisiana, and Marvel 616, an anthology documentary series that explores the impact of the Marvel Universe.

These new originals join the highly anticipated Disney + script series, including the return of The Mandalorian in season two. the premiere of National Geographic's The Right Stuff; Original Films Clouds, Secret Society of Second-Born Royals; and new library titles like Hidden Figures and Season 31 of The Simpsons. 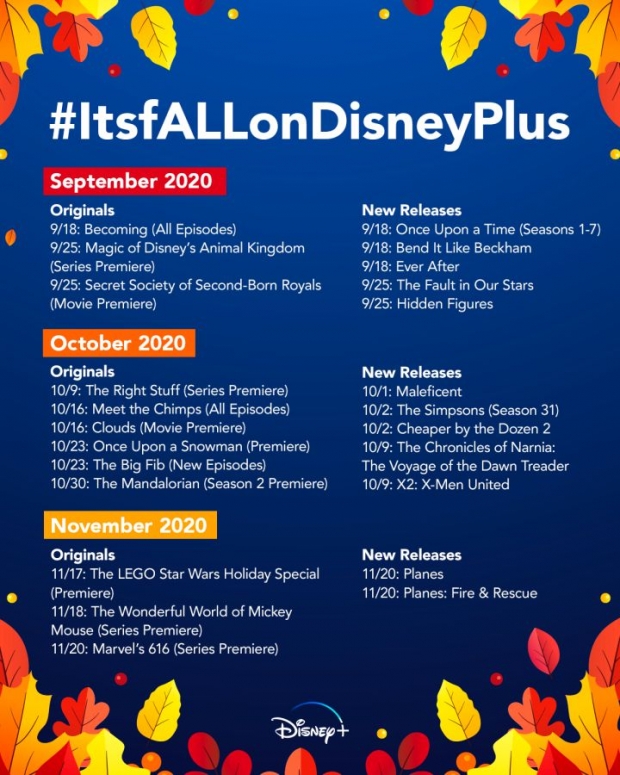 Coming this fall including: 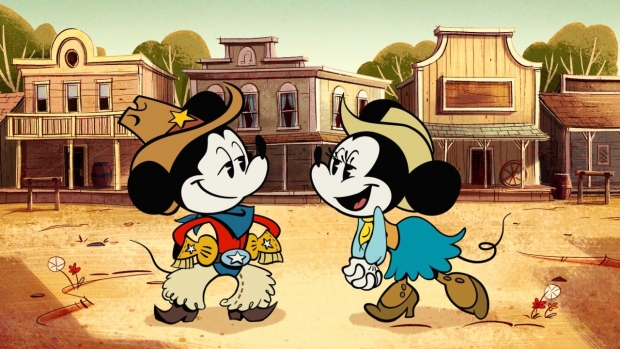 These films and series add to Disney +’s growing library, which includes newcomers like Mulan with Premier Access, The Greatest Showman, Phineas and Ferb: Candace Against the Universe and Wolverine.

In celebration of Disney +’s first anniversary on November 12, the service will begin its second year with a more original entertainment premiere in late 2020, including, but not limited to: Black Beauty, a contemporary film adaptation of the classic story starring Mackenzie Foy, Iain Glen and Claire Forlani and the voice of Kate Winslet; In Pixar, an unprecedented glimpse into the creative process at Pixar Animation Studios. On the punch line, an original documentary series about students from the School of American Ballet; The Nutcracker Performance at Lincoln Center; and WandaVision, the upcoming original series from Marvel Studios.