As the creation of digital content from design and visualization to rendering and AI is becoming more and more complex, corporate users need a workstation that can not only keep pace, but can exceed what was previously possible.

The world's first and only 64 core professional workstation

The ThinkStation P620 offers unprecedented performance and performance, as well as configurability to meet customer needs in a way that was previously impossible. By using AMD's Ryzen Threadripper PRO processor, Lenovo delivers the only 64-core workstation platform – a new industry standard. Threadripper PRO processors also offer clock speeds of up to 4.0 GHz, 128 tracks of PCIe 4.0 bandwidth and 8-channel memory support. In addition to speed and flexibility, Lenovo customers now have unmatched core numbers for multithreaded workloads on a single-socket platform – a competitor to competing dual-socket solutions.

Previously, the maximum number of cores that a single CPU system could handle was traditionally 18 cores, while the maximum number that a two-processor system could support was 56. The ThinkStation P620 heralds a new era of what can be achieved with a single CPU. Now users can achieve seamless 8K real-time streaming, faster render times, ultra-fast simulation solutions, quick assembly restores and smooth interactivity with 3D assets without having to scale to a dual socket system. 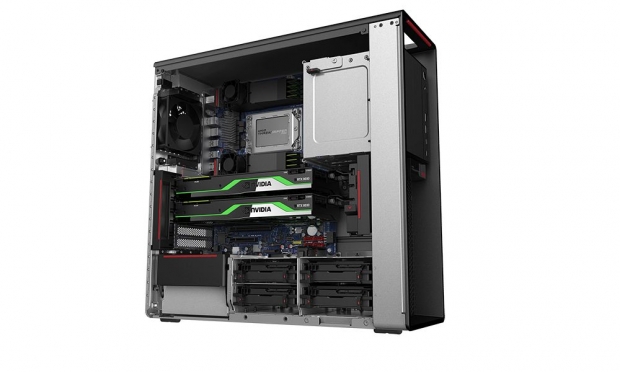 The ThinkStation P620 offers more than unmatched processing potential with flexible GPU configurations, faster memory, faster memory transfer speeds and 10 GB of integrated Ethernet – a new standard for connectivity. Lenovo has designed and built the ThinkStation P620 as the most versatile workstation on the market. The bottlenecks have been removed so that performance can be scaled and user productivity increased. This includes support for up to two NVIDIA Quadro RTX 8000 or four RTX 4000 graphics cards, up to 1 TB of storage and 20 TB of storage. And when speed comes first, this enterprise powerhouse is the first and only PCIe Gen 4 workstation available today – with twice the bandwidth of PCIe 3.0.

The P620 was developed to use these high-end components and pays attention to their reliability and stability. For example, the advanced design of the processor also entails increased thermal requirements. Lenovo and AMD used a unique air-cooled solution and jointly developed a customized heat sink.

"Our customers rely on us to deliver professional solutions that are powerful but agile enough to adapt as their needs change and evolve," said Rob Herman, general manager, workstation and client AI business at Lenovo . “One of the challenges for the IT departments we've seen is trying out new technologies before they are reviewed. Features, certifications, security, and business support are missing. We worked closely with AMD to ensure the ThinkStation P620 removes all of these barriers and provides the support they need. Based on AMD's versatile and extremely scalable Ryzen Threadripper PRO processor, there are no limits to what can be achieved. " 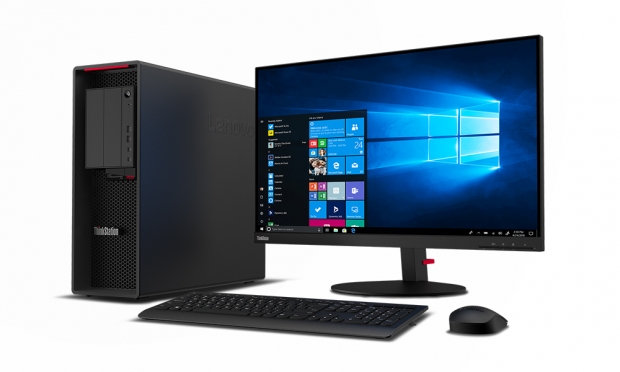 The ThinkStation P620 was developed for use in some of the most demanding, professionally managed IT environments and offers important functions for companies. Lenovo's stringent standards and testing, ThinkStation Diagnostics 2.0, ThinkShield support, upgrades to Premier Support and a three-year warranty provide the security you need to work safely and securely.

"As the unique needs of today's visual artists, architects, and engineers become more complex, AMD and Lenovo are working together to achieve the performance, flexibility, and reliability needed to handle these workloads," said Jason Banta, corporate vice president and general manager. OEM Customers division, AMD. “With the new AMD Ryzen Threadripper PRO processors with industry-leading performance and unmatched bandwidth1, the ThinkStation P620 heralds the new standard for professional computing. By partnering with Lenovo, we created a product that really redefines workstations as we know them. " 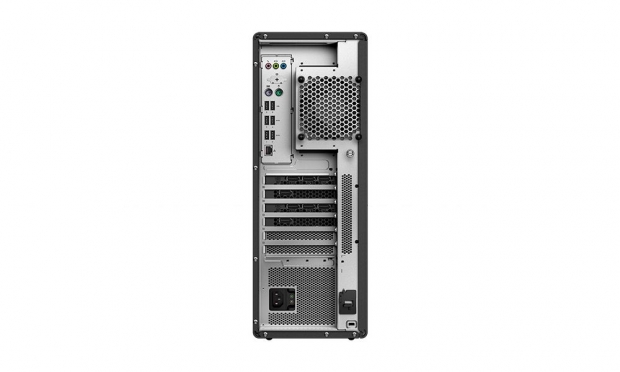 Now 3D artists and game developers have a single machine on which to create, edit, and create the media and entertainment experiences of the future. Those who work in architecture and technology can design, simulate and visualize products more efficiently. Even users who work with artificial intelligence and virtual reality can now use the ThinkStation P620 because it redefines the segment and enables them to do even the most complex tasks faster.

"There are several phases in creating Unreal Engine, cooking content for our games, and running media and entertainment applications," said Pat Swanson, IT engineer at Epic Games. “In the past, we always had to choose between a high number of cores or a high clock rate. The Lenovo ThinkStation P620 with AMD's Ryzen Threadripper PRO processor is optimized for both aspects in a way that previous HEDT CPUs have never done before. It offers breakthrough performance for everything from professional visualization and simulation to compiling and building for game development, whether the team is working from home or in the office. "

ThinkStation P620 will be available in September 2020. More information on Lenovo's latest product portfolio can be found here.

Greenscreen.blog - September 22, 2020
0
Rad news! While COVID-19 may got the batman downIt appears that Stranger Things is ready to return to the clutches of Mind Flayer....

HBO Taking a Ceno-Chew Out of the ‘Hellraiser’ Universe