A jumbled story full of inconsistencies offers only the widest form of social commentary – but Lovecraft Country is bad at having fun, too.

Determining the bloodiest and worst moment of any "Lovecraft Country" episode, let alone the finale, is an exercise only for those with steel stomachs – probably literal steel, given the open show we're talking about. But let's look back with our hands over our eyes for a second at the final death of the finale: Diana (Jada Harris), who wields the angry power of her cousin's Black Shoggoth (again subtext is text in “Lovecraft Country”), rises she over to the half-crushed body of Christina Braithwhite (Abbey Lee) and stares down at captive malice. Christina asks the teenage girl to save her; I hope, I even expect the young black woman to help this once invulnerable privileged white lady – even though Christina has just murdered Diana's dear friend and family member Tic (Jonathan Majors).

Of course, this is "Lovecraft Country" – HBO's latest off-the-wall horror show disguised as prestige TV – the most extreme choice: Diana first reveals a slim, new, far too advanced robotic arm for 1955, and then uses that arm to mash Christina's throat until blood explodes through her shiny metal fingertips.

This is … extremely gross, but before the black shoggoth growls in front of the full moon, the final scene of the finale begins to fall apart. So … Diana is a killer now? Shall we be happy that a young girl who has just been through the brutal death of her best friend and a demonic clown possession that has cost her an arm is turning to the kill so quickly? Or is this more of a classic finale moment – the type that usually shows up in post-credits scenes these days, introducing next year's great evil as a nod to our heroes' next quest?

Either way, it's hard to process, and worse, the scene feels like something fans are supposed to enjoy. Like so much of the show ahead of it, the last shot looks cool. If this were another year, Full Circle would be playing in a theater or two in Los Angeles or New York, probably as a midnight performance, and when the shoggoth spat out the whole moon the audience would cheer and roar with the credits. But others would sit in silence, still trying to find out exactly what they had just seen, what it meant, and if there was anything else to think about on the way out of the theater.

Far be it from me to morally judge a black American's vision of justice in a totally unjust United States – especially a vision of justice thrown through the lens of fantasy television. Christina definitely had to die, for the thematic closure as well as the need for a new villain in Season 2. (Christina was fine, but she never felt like a reasonable threat compared to other monstrous people, like the despicable sheriff of the pilot or the perfectly named Chicago Police Department is tough, Captain Seamus.) But why didn't Leti (Jurnee Smollett) kill them, both logically and emotionally? Christina not only killed her child's father and love for her young life, but also murdered her sister Ruby (Wunmi Mosaku)? And Leti was right there! She could have taken out Christina much faster, and then the four adult survivors wouldn't wait for Diana to get back to the car.

Honestly, that would have been a pretty fun post-credits scene: the four who just finished carrying Tic's body to Woody, the family station wagon, sit and pout, checking the time and wondering why it's more emotionally youthful Passenger takes so long. Hippolyta (Aunjanue Ellis) would be mad! There's shit to do! The funeral won't be planned by itself and Diana just had to sit in the car!

Looking back at Season 1 and Season 2, this is the biggest problem with Lovecraft Country: The show just doesn't know how to have fun.

Yes, the main goal of the finale is not a good time: Tic dies, Ruby dies, it's very sad … unless it's not like that. Not really. "Lovecraft Country" killed Leti in episode two and brought her back almost immediately; The moment only worked because Smollett is such a dedicated, intense performer, but in the long run her revival has still set the standard: dead doesn't mean gone to Lovecraft Country, and there's no reason to believe that we are actually seen the last one from Tic or Ruby.

In addition, details weren't particularly important throughout the season. The romance of Tic and Leti was sped up by mounting the pilot, then stepping on the brakes to make room for more storyline, and then reinforcing it again when we had to look for these two lovebirds. The same goes for most of the characters overall. Majors and Smollett keep pushing their tiny waists to the limit, and Majors is particularly good at finding new responses to similar emotional terrain. But they do more work to earn our devotion than the scripts that also struggle to build the world. Little of magic / monsters makes sense, and the rules change too often for the audience to be with the characters in the moment. (Hippolyta yells, "The spell will not work if their bodies are not connected," followed by a ji-ah flashback on "Becoming one with the dark," is a hysterically quick fix for a poorly set up final battle.) 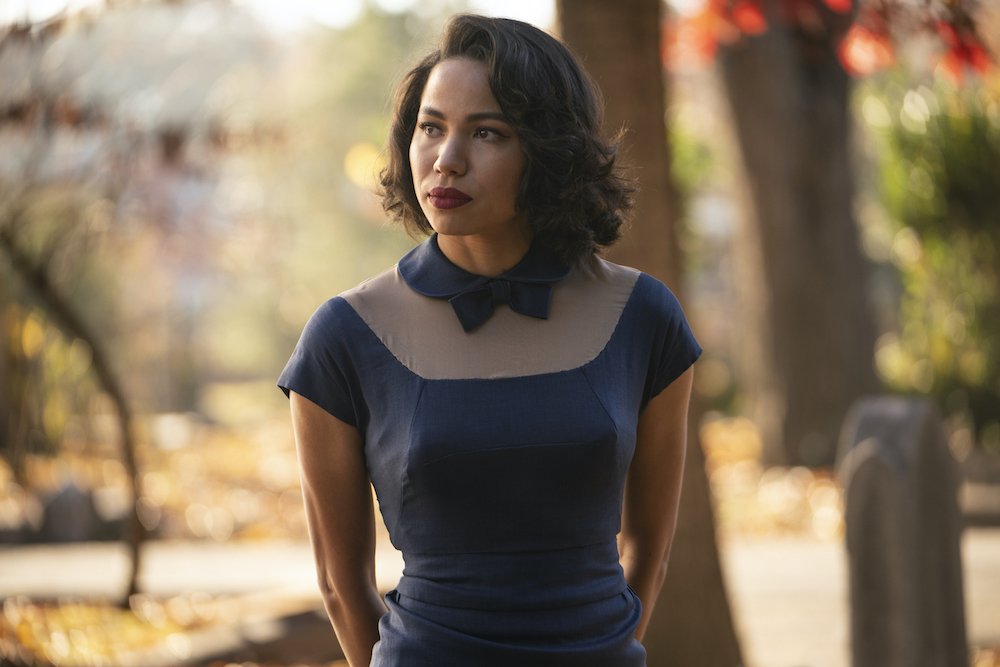 That's after the finale spent a whopping 40 minutes preparing the final 20, which still requires climatic montage for a more condensed portrayal (the dreamy series of flashbacks when we learn Diana beat the Shoggoth + more steps in the plan, Christina to stop, was given). Your plan shouldn't need that much explanation, and if you're going to get your audience to lay that much groundwork, you need to add substantial character development and old-fashioned fun to these scenes. (Do you remember the first fight scene? When our two main characters conjure up ghosts … to fight … and kill … again? Yeah, that's no fun either, just confusing.) The only scene that Pure joy in a bloated finale is the road trip sing-a-lang (which is great, love it, give me more car trips).

If "Lovecraft Country" were weighed down by its social commentary, that would be one thing, but the series seems to be content with leaving much of its racial discourse playing in the background: parallels between these mystical stories and the world today clearly convey how Obviously 1950s racism is still there and it's still awful. There are declarative moments that force you out of the supernatural narrative – like Diana, who is tortured by two police officers in episode 8, “I can't breathe”, or Montrose (Michael K. Williams), the names of real victims of the Tulsa- Massacre recited in episode 9 – but the conversation never goes beyond what was evident in episode 1: monsters are scary, but racism is more scary.

Unless Lovecraft Country is much better at balancing its convoluted plot with precise character development, Season 2 has to rely on the most entertaining elements. Aside from its excellent production design and expensive VFX, this isn't a prestigious TV show. It's a crazy TV thriller. And that's fine! Take the big budget and make batshit television more bloody. It is often as important to audiences as it is to the import-rich audience, and such a talented ensemble and ambitious producers can certainly make this ensemble special. At the moment, between the chaotic narrative, the flexible rules and the buckets of blood, it's just too difficult to get a grip on "Lovecraft Country".

Viggo Mortensen Needs Drúedain Forest Made It Into Lord of the...

Your Characters: Blue as a Gateway

How Productions Are Altering Throughout The Pandemic