Stay at home? Well. Are you looking for something new to look at? Even better!

Stay at home? Well. Are you looking for something new to see? Even better! As the world changes to accommodate a wide range of in-home viewing options for movie lovers, it's not just platforms that are expanding, but the very types of movies they host. There's more to sift through than ever, and IndieWire is here to help you with that.

This week's new releases include streaming originals, fresh VOD deals, festival favorites, new studio releases now available from the comfort of your home, and a variety of exciting virtual movie hits. Browse your options below.

New films via VoD and streaming (and in selected cinemas)

As new films hit theaters during the COVID-19 pandemic, IndieWire will continue to review them whenever possible. We encourage readers to follow the safety precautions of the CDC and health authorities. In addition, our reporting will offer alternative display options as they become available.

A movie about the kind of people who spend their lives exploring the giant ribbed and spiral fossils of the extinct underwater mollusks and the kind of people trapped in shells they made themselves. In Francis Lee's "Ammonite" these people are one and the same, they take care of fictional rotations for Mary (Kate Winslet) and her geologist Charlotte Murchison (Saoirse Ronan). The result is a cool, aloof romance between the two women that never catches fire, a film about reticent people that is so buttoned up that it is impenetrable. Read the full review from IndieWire.

There is indeed a real, live, occasionally roaring black bear featured in Lawrence Michael Levine's razor-sharp "Black Bear," but that is one of the few hard and fast elements of the filmmaker's ingenious deconstruction of both the contemporary and the broader culture of the microcosm of indie filmmaking. That the film – the first of Levine's premieres on Sundance – was programmed in the festival's seminal NEXT section should suggest to audiences that the film is more than the psychosexual drama implied in its official description. Well it is, but it is so much more than that. Read the full review from IndieWire.

Dana Nachman's "Dear Santa Claus" does everything in his power to complicate what should have been the easiest slam dunk in documentary history. A chintzy and inexplicable scatter shot look at the lovely people who made Operation Santa possible during the 2019 holiday season. The latest film from the director of "Batkid Begins" tries from the start to balance mood and logistics, and that only at home stretching – when we finally see Operation Santa face someone – seems the gift of giving through. Read the full review from IndieWire.

A blood-spattered twist on the Freaky Friday myth that dares to ask, “Hey, what if you were a nice high school boy who ended up changing bodies with a psychotic serial killer who looks like Vince Vaughn? “The film is strengthened by bankrupt appearances by Vaughn and Kathryn Newton as well as by Christoper Landon's sharp humor (and sharper kills). Read the full review from IndieWire.

"Godmother" (Director: Sharon Maguire)
Distribution: Disney +
Where to find it: Streaming on Disney +

Built on a cute idea – hey, what about exploring the wide world of fairy godmothers? – this also builds up some nifty ideas about what fairy tales actually represent in this day and age, and wraps it all up in one glitzy vacation package. "Godmothered" has all the parts for at least a sufficiently amiable production. Instead, the result is a paradoxical combination of sweet messaging and boring execution, kind-hearted ideas and bizarre subplots, a boring affair that clearly comes from a good place. Also a lot of songs from "The Sound of Music" because … why not? Read the full review from IndieWire.

"I am your wife" (Director: Julia Hart)
Distribution: Amazon Studios
Where to find it: Select theaters that will be streamed on Amazon Prime Video on December 11th

You're halfway through "I am your wife" before the premise is clear, but the puzzle is just as exciting as the payoff. The fourth feature film by director Julia Hart combines an exciting twist by Rachel Brosnahan with a tense script from the 1970s that was created with puzzle precision. The whole picture may seem like a made-up gangster story, but Hart (who wrote with partner Jordan Horowitz) approaches that formula from the inside out. By the time you determine what type of movie you are watching, you are already a few steps ahead. Read the full review from IndieWire.

British helper Hana (Andrea Riseborough) is on vacation and a little lost in Egypt, a place she once left behind. She is constantly in a state of psychological deja vu that literally becomes when she bumps into her ex. Zeina Durra's "Luxor" is a powerful reminder of the indefinable pain of revisiting a lost love for which there is probably a German word. Here it finds its expression mainly visually and in Riseborough's searching face in a measured nostalgic journey that is reminiscent of a more melancholy “Before Sunset”. Read the full review from IndieWire. 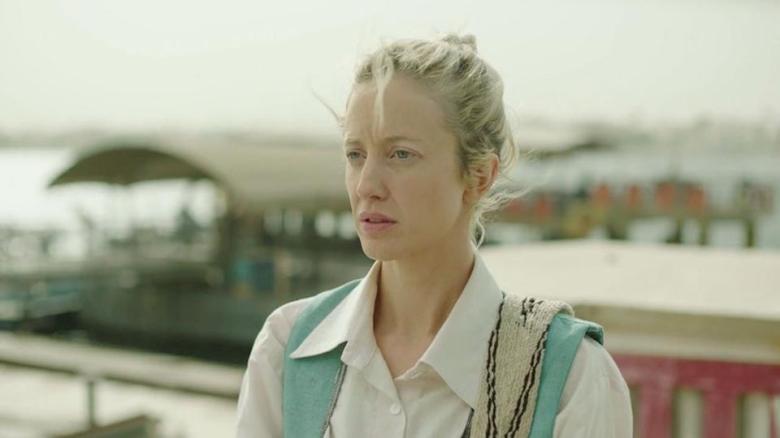 "Mank" (Director: David Fincher)
Distribution: Netflix
Where to find it: Streaming on Netflix

Although “Mank” was forged in a meticulous setting from the 1930s that combines historical details with the style and tone of that time, it is hardly a playful step backwards. David Fincher has created a cerebral psychodrama that rewards dedicated cinephile audiences in the crosshairs, but even if it feels cold, the film delivers a complex and insightful look at American power structures and the potential for a creative spark to hone their foundations. Read the full review from IndieWire.

Riz Ahmed is kind of a hectic movie actor who always looks like he's sticking out of the frame, and he's trapped in "Sound of Metal". As Ruben, the heavy metal drummer who goes deaf at the center of writer and director Darius Marder's intriguing debut, Ahmed conveys the complex frustrations of losing touch with the world around him, no matter how hard he struggles to hold onto it . This devastating conundrum rests on the best uses of sound design in the recent past as Marder immerses viewers in the confines of Rubens' deteriorating relationship with the world around him and sorts the debris to construct a new one. Ahmed's brilliant performance shows a complex soundscape that resonates even in complete silence. Read the full review from IndieWire.

"All My Life" (Director: Marc Meyers)
Distribution: Universal images
Where to find it: Select theater

"Anything for Jackson" (Director:. Justin G. Dyck)
Distribution: Shudder
Where to find it: Streaming on Shudder

"Love, Weddings and Other Disasters" (Dennis Dugan)
Distribution: Saban Films
Where to find it: Choose theaters as well as different VOD platforms

"Wander" (Director: April Mullen)
Distribution: Saban Films
Where to find it: Choose from theaters as well as various digital and VoD platforms

"What lies below" (Director:. Braden R. Duemmler)
Distribution: Vertical entertainment
Where to find it: Various digital and VOD platforms

Films available through the virtual cinema

Find out more about the offers for virtual cinemas here.

The remarkable documentary "76 Days" offers an exciting look from the fronts of history – of the trauma and imbalance of being invaded by a crisis bad enough to define your century. Shot discreetly in four Wuhan hospitals without government approval, this look into the outbreak is scattered and structureless, so it looks like it's simply jotting down notes for the history books of the future. But if Hao Wu, Weixi Chen and the film by their anonymous co-director are more valuable as a time capsule than a piece of Cinéma Vérité, it gives an epoch-making horror, which some people did not even want to acknowledge, a human face as it rages around them. Read the full review from IndieWire. 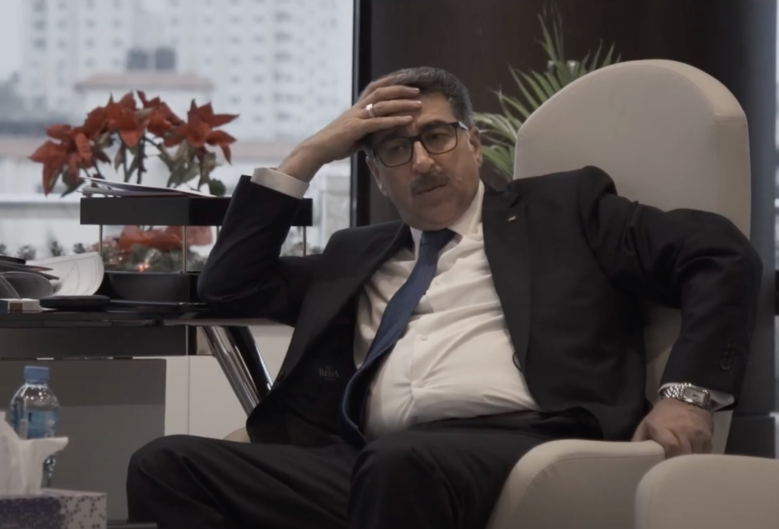 Countless documentaries have been made about the West Bank experience, from "5 Broken Cameras" to "The Settlers", and they often include the difficulties of ordinary life that coexist with military persecution. "Mayor" offers an impressive new perspective on this fight, with a personal quality on the spot, coupled with great sonic ambitions that make it the best of its subgenre. It may not change anyone's minds about the Israeli-Palestinian crisis, but Mayor offers a new window into the challenges of leadership in the second half of this equation. Read the full review from IndieWire.

"Nomadland" is the kind of film that could go very wrong. With Frances McDormand starring alongside a real-life cast, it could look like cheap wish-fulfillment or showboating in its most unpaid form in less good hands. Instead, director Chloé Zhao conjures up with McDormand's face and the real world around him, delivering a deep brooding over the impulse to leave society in the dust. Zhao previously directed The Rider and Songs My Brother Taught Me, dramas that resulted in marginalized experiences with indigenous non-actors in South Dakota. "Nomadland" imports this fixation with extensive natural landscapes into a much larger tapestry and another side of American life. Inspired by Jessica Bruder's non-fiction book "Nomadland: Surviving America in the 21st Century", the film follows McDormand as Fern, a quietly spoken widow in her early 60s who drives onto the street in her van and just keeps moving. The film floats with her, sometimes so entangled in her travels that it practically becomes a documentary. Read the full review from IndieWire.

For more information on new releases, see the next page.

Ought to Filmmakers Spend money on a 120fps RAW Sigma fp?

Bridget Everett to Star in HBO Comedy Collection About Her Profession

Queer movies to look at at Raindance Movie Competition 2020