Mini tutorial for locations close to the surface

The intent of these mini-tutorials is to have an easily searchable reference for implementing some of the newer (or changed) features in Niagara.

Here's a cool thing to do with collisions in Niagara. It's a little more expensive than techniques discussed earlier, but it opens the door to some really cool possibilities.

We will be using Niagara's collision tracking logic on the CPU to find surface locations near our particle system. We can then use this information to exclude particles from spawning and determine their starting position.

Like last time, there are two ways to follow the tutorial: Either you create it yourself using the descriptions and pictures, or you copy the contents of this pastebin into a new module script and then just use my steps as an explanation of the inner workings
Here is a pastebin for the raw code of the module. You can paste this into your module editor and it will convert it to nodes.

Near the surface – Pastebin.com

Pastebin.com has been the main pasting tool since 2002. Pastebin is a website where you can save text online for a set period of time.

Don't forget to connect the output node after copying. 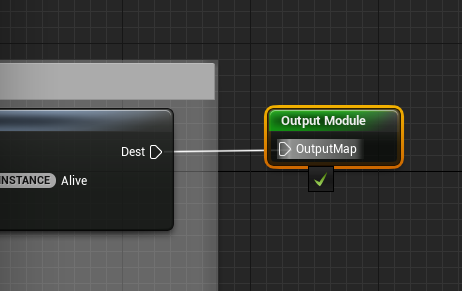 Even if you don't follow the rest of the tutorial, it will only work on the CPU in this form.

Step 1.
Create a new module script and name it something cool. 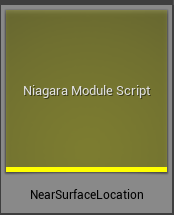 It is useful to make this module available in the library under Location
You can use the highlights to identify the module type in the emitter stack.
And the description will be useful for your teammates or for yourself in a few months

Please let me know if there is anything you do not understand or if I made a mistake anywhere.

VFX Pipeline – From Beginner to TD, Half 1 – Greenscreen