Originally published March 19, 2019. Scroll down for news about the Open Beta.

Nvidia unveiled Omniverse, a new open collaboration platform for 3D production pipelines, during the keynote at its own GPU technology conference.

The platform, based on Pixar's USD format, allows users to see real-time changes to common assets of other artists working in other software.

With the aim of becoming "Google Docs for 3D Design"
In the keynote – we can't embed the recording, but you can find it here: The relevant section starts at 12:41:20 AM – Jensen Huang, CEO of Nvidia, describes Omniverse as "essentially Google Docs for 3D design".

The system enables users anywhere in the world to collaborate on a project via the Internet.

It “works with all major 3D applications” – the live demo showed Maya, Substance Painter and Unreal Engine – registers changes made to a scene in one of the source apps.

The combined result is rendered in real time, with the rendered output streamed back to the employees.

Omniverse not only enables the simultaneous viewing of assets, but also provides users with "seamless asset management, layer and version control".

Nvidia's demo of Omniverse. Changes to general assets by artists working in Maya, Unreal Engine and Substance Painter (on the left of the screen) are combined in the Omniverse viewer and rendered in real time.

Based on USD, MDL, PhysX, Hydra – and RTX
The backbone of Omniverse is USD, Pixar's Universal Scene Description format for complex visual effects scene data, which was made available as an open source version in 2016.

Changes to materials are broadcast via Nvidia's own Material Definition Language (MDL), which was available as an open source version last year and which appears to have been chosen over the currently less widely used MaterialX.

The real-time physics system PhysX from Nvidia – also last year as an open source system – is used for the dynamics and the Hydra framework from USD as the rendering architecture.

The one part of the process that isn't based on an open standard seems to be the rendering itself, which leverages Nvidia's RTX architecture used in the new Quadro RTX, Titan RTX, and GeForce RTX GPUs.

The presentation does not make it clear whether RTX is actually mandatory or whether there is a fallback for hardware from other manufacturers.

In the keynote, Huang stated that it would be possible to install Omniverse on a local workstation with RTX hardware, in a data center or on a cloud instance.

Since only the rendered frames need to be streamed back to the users, the ray-traced output can also be viewed by artists working on low-end hardware such as consumer laptops. 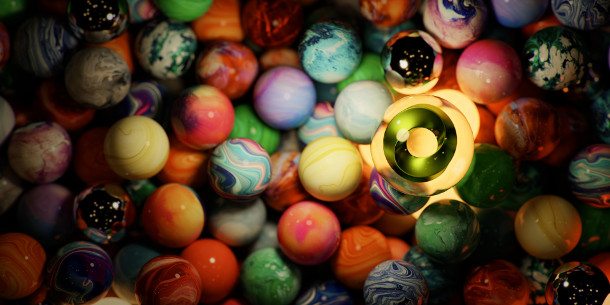 Updated October 5, 2020: Nvidia has announced that Omniverse will enter Open Beta this fall.

The beta program will bring Omnniverse to the public for the first time after an 18-month "lighthouse program" of closed testing by major studios, including Industrial Light & Magic.

The list of DCC applications and game engines with Omniverse Connect plugins has been expanded to include 3ds Max, Houdini, Maya, Revit, Rhino, SketchUp, Unity and Unreal Engine.

Nvidia says it's "in the early stages of working with Blender" and that any application that supports USD is also "in the mix" too.

The Omniverse website does not currently have pricing information, but Nvidia announced to journalists last week that individual users will be able to download it for free.

Availability and system requirements
Omniverse will enter Open Beta in Fall 2020. It is free to download for individual users. You can register for beta access using the link below.