Based in Georgia Pinewood Atlanta Studios has partnered with the innovation arm of MBS Equipment Company, MBSi, Full-Service Production Solutions, Fuse Technical Group, and staging and rigging design experts SGPS / ShowRig to bring filmmakers the latest innovation in stage technology. This innovative permanent LED process stage is based on the existing LED wall mechanics from The Mandalorian and X-Men and offers films and shows of every budget the opportunity to produce virtual images with the highest production quality in the industry.

The group's first installment of this technology can be expanded to meet any manufacturing need and carried over to any stage on the 700 acre Atlanta property. The rig enables production to capture virtual background footage, including traditional action shots in a vehicle with a moving background. This technology was developed by the group to eliminate the need for traditional trailer and set builds for auto processes and to reduce the cost and time of any scale production. It also allows short and long term rentals. By the fall of 2021, the technology will expand to a permanent stage installation in Pinewood Atlanta's recently announced Phase IV facilities with a capacity of up to three cameras. 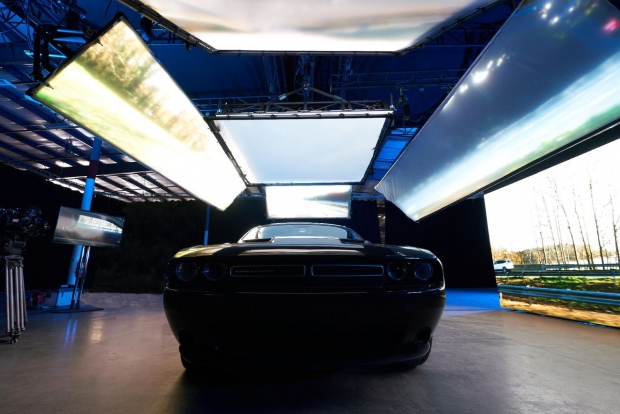 By installing the group on site, there are no additional rigging and operating costs for those filming in studios, as each production team is advised by a team of experts on site. This team is led by lighting, rigging, and innovation experts including Jeffrey P. Soderberg, MBSi; Fred Waldman and Todd Patience, Fuse; and Michael Krevitt, SGPS / ShowRig.

"We are committed to providing our facilities with the most advanced film-friendly technology in the industry," said Frank Patterson, President and CEO of Pinewood Atlanta Studios. "This new solution is designed to help our great storytellers produce the amazing images they are known for, while significantly reducing friction in the production process."

"We are excited to bring this phase to life with skills that we expect to change the way we create films and content," added Soderberg. "We have used emerging iterations of this stage for large studios on some of the most cinematic projects and are excited to bring them to a wider range of filmmakers through this joint venture."

New Films: Launch Calendar for December four and The place to Watch

Directing Duo Alasdair & Jock Be a part of Not To...