Pixar unveiled RenderMan 24, the next major update to the VFX and animation production renderer, during the livestream at this week's RenderMan Art & Science Fair.

The release, slated for early next year, will include several important new toolsets, including a new sylized rendering system and Lama, a new layering system developed at ILM.

Pixar has also confirmed that RenderMan XPU, its long-awaited new combined CPU and GPU rendering system, will be part of the release, as will a new official integration plug-in for Blender.

Stylized looks create everything from toon shades to brush stroke effects
Starting with the feature that was previewed the most, RenderMan supports 24 Stylized Looks, a new toolset for generating non-photorealistic renderings.

It is capable of creating effects from conventional cartoon shading to hatch or brush strokes, with hatch responsive to emulated lighting effects, and supports custom AOVs and display filters.

Describing it as "super customizable", Pixar notes that work that was "normally done in Comp" to stylize an image can now be done right as it is being rendered.

However, the toolset will only be available to users of the commercial edition of the software. Pixar attributed this to a partnership with third-party developer LollipopShaders.

Pixar described it as a “much more robust layering system” than the existing PxrLayerSurface material, without the need to use a single material with a “ton of parameters”.

Instead, Lama Shading TDs enables layering materials to be built up using a modular workflow by connecting a number of BxDF (Bidirectional Distribution Function) nodes developed by ILM.

These include BxDFs for dielectric materials and conductor materials, as well as a Lama version of the old PxrDisney shader with support for subsurface scattering.

Users can write their own custom nodes, but Pixar says Lama can even instantly replicate most of the “monolithic” BxDFs included in the software. 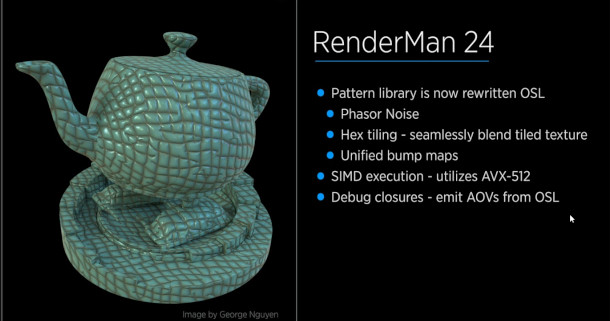 The execution is accelerated on both Intel and AMD CPUs via the SIMD AVX-512 extensions.

New patterns available included Phasor Noise, which was developed at ILM during the production of Star Wars: The Rise of Skywalker, and Hex Tiling, which is used to seamlessly blend tiled textures.

There is also a new bump mixer that replaces the old bump map handling system and is described by ILM so that users "don't have to" run bump code three times ". 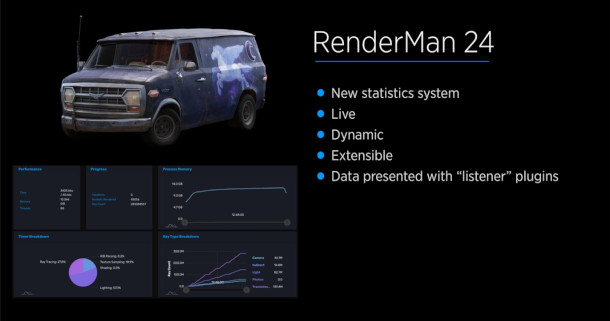 Other changes include support for blue noise sampling for interactive renderings.

The V-Ray 5 function, also recently introduced, results in a more even distribution of noise in renderings with a small number of samples, which means that a usable preview image is generated more quickly.

Pixar is also aiming for the CY2019 specification for the VFX reference platform as well as OpenColorIO 1.1.1 from the 2020 specification. 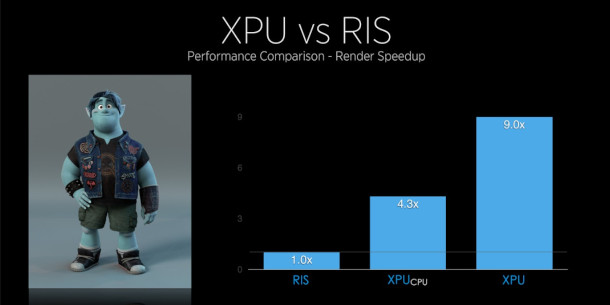 XPU was first announced in 2017 and should enable RenderMan to generate renderings interchangeably on CPU, GPU or both CPU and GPU together.

In Pixar's demo scenes, XPU renders on one of the studio's standard artist workstations with a 24-core Intel Xeon Platinum 8268 CPU and an Nvidia Quadro RTX 6000 GPU were up to 10 times faster than RIS.

The increase in speed, however, depends heavily on the geometric and shading complexity of the scene and whether you are rendering with CPU, GPU, or both.

When released, XPU supports most of the major RenderMan functions, but not "exotic" geometry types such as stupid surfaces, light path expressions, light filters or volumes.

To use it, you'll need to be on Windows or Linux: XPU requires an Nvidia GPU, so the AMD GPUs are not supported on current Macs, and Pixar doesn't initially support Apple Silicon CPUs. 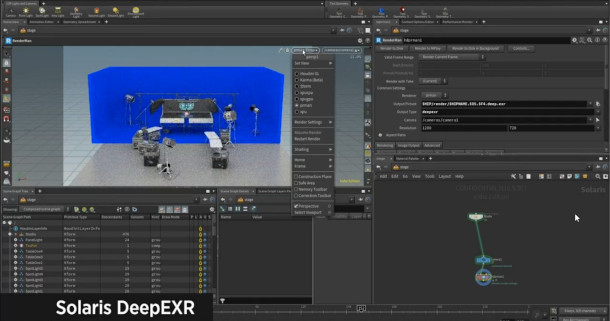 New features to be supported in Solaris include DeepEXR output and the default browser. Users can also edit or switch between AOVs during rendering sessions.

The release will also bring an entirely new integration: an official Blender plugin that will replace the unofficial – and not recently updated – version. See a separate story for more details.

Prices and availability
RenderMan 24 is available in beta version for registered users of the commercial edition in December 2020. The full version in "Q1 2021" for Windows 10, CentOS / RHEL 7.x Linux and macOS 10.14+ is available.

RenderMan XPU and the new Blender integration plug-in are shipped with version 24.

New node-locked or floating licenses cost $ 595. There is also a free, non-commercial version of RenderMan that can be used for tool development.

Greenscreen.blog - November 30, 2020
0
In true Raindance Film Festival style, we continue to campaign for the traditional Christmas season. Why give objects languishing in drawers when you can...

Greenscreen.blog - November 30, 2020
0
This is sad news. But in those strange times it was somewhat obvious that this could happen. The prestigious Fotokina in Cologne has been...

Greenscreen.blog - November 30, 2020
0
In After Effects, use wiggle expression to create random motion by changing numbers, not keyframes. Sometimes our animation lacks character or feels a little lifeless....