South Korean lens manufacturer Samyang is best known for affordable, fully manual prime lenses. Please note that in some countries Samyang lenses are sold and branded as Rokinon or Walimex.

The original, affordable Samyang VDSLR full frame cine lenses were introduced back in 2014. They are basically redesigned still lenses with the aperture ring and toothed rings removed. Many users have noticed that the lenses produce visible chromatic aberration when shooting wide open or almost wide open. As many reported, the picture gets much better when closed on T2.9 or higher. Despite some shortcomings, the original VDSLR cine lenses became very popular due to their affordability.

These four new models now have a weather seal between the lens and camera body, 9 aperture blades for improved bokeh and their focal lengths are now visible on both sides for more comfort. Just like the original VDSLR line, the lenses create an image circle large enough to cover full-frame sensors.

It seems that the lenses have stayed the same as the VDSLR MK1 in terms of optical performance, but that needs to be proven in reviews. All 4 lenses have aspherical lens elements. The throw of focus of the lenses is 130 °, which is less than most cinema lenses, but certainly more than most still image lenses. A good compromise for the individual shooter who works without a focus puller.

Samyang reduced the weight of the already compact 50mm T1.5 lens. The VDSLR 50 mm T1.5 MK2 is 7.47 cm long and weighs 525.8 g. This lens also has a hybrid aspherical lens element in addition to an aspherical element.

Samyang summarized all relevant technical information in the following table. Interestingly, the lenses don't use the same thread size of the front filter. The 85mm has a smaller 72mm thread while the rest use 77mm. The lenses also vary in length. 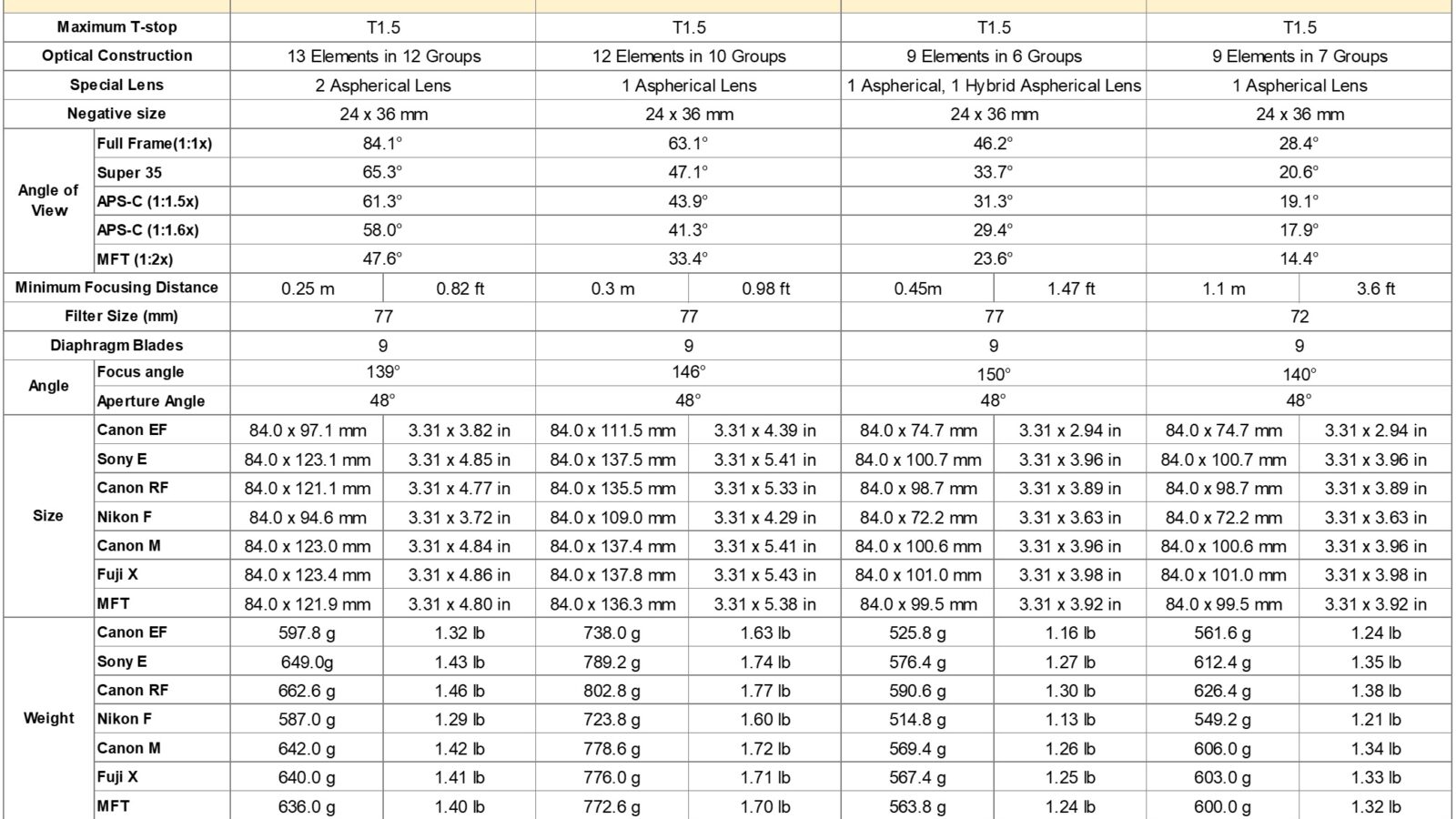 The price of these new lenses has not yet been announced, but I expect them to be affordable again and only slightly above the price of the original VDSLR cine lenses. These are currently selling for around $ 400 to $ 500 apiece.

Have you had any experience with the VDSLR film primes from Samyang (Rokinon)? What do you think of these lenses? Let us know in the comments below the article.

A Fast View of the New Panasonic Lumix S5

“It Was Subversive, a Political Act, Giving Display screen Time to...