Write a little reviewer for @the_archie out of discord. Do it here because it's easier and for archival purposes.

I am assuming that it is a stylized water / elemental shield. Of course, everything is subjective and I'm just grazing. I'll try to keep it a bit general too. Feel free to tell me to piss off. Everything is good!

I like it, it's a good start! I like how you build up the end of the shield by shrinking and expanding it so it looks like it's unstable and about to burst. I like the effect on the floor, I have a nice movement on it. Definitely suitable for etchants. The shader on the shield also looks neat and can definitely be built up.

A small note on the staging, I think you will benefit from choosing a world that is a bit more contrasting and contains different elements. Just get a simple level from the Asset Store. It really helps with values ​​too. For example, how to use a character with an animation and put the effect in that context. That's great. Do it more!

Ask yourself questions to learn more about yourself. That gives your work a certain personality!

Some things that came to mind while looking at the effect:

What kind of spell is that?
Is it a protective shield that absorbs magic?
Is it a shield that slows down all projectiles in it?
Is it a useful spell that allows the user to breathe underwater?
Is it a healing sphere?
Is it a buff? Does it restore mana over time?
Does it bounce back projectiles?
Does it hurt enemies inside?
Where does the water come from?
Where is the water going

Does the user press a button to activate it?
Does it have an occupation time?
Can you do it with allies
Can you throw it at enemies Does it catch her?
Does it take mana? Another kind of resource?
Do you need any further requirements? (Like a body of water nearby)
Does it move with the user or is it stationary?
Is it always the same size?
Can you throw it in mid-air What would that look like?
How does it interact with the world? What if you do it near a fire?
What is life doing Are we just fleshy stains in a meaningless stew of cosmic oblivion?

What kind of questions did you ask yourself?

You can then tell your effect to show what you are up to once you have a clear idea of ​​what you want to do. Give it a personality!

The first two things I notice are timing and colors.

Try to make sense of things. Do not think of a ball that gets in and out, but of a physical bubble that is filled with water, evaporates or grows together. What would that look like? How would that work? Physics? CHEMISTRY?!

Overall, everything feels very linear. The bladder enlarges quickly, that's nice. But then as it disappears, it will shrink linearly. That looks very strange. And the particles come out linear, spiral and fade away.

How about this instead?

Hope this makes sense, I can expand it later if you get confused.

I don't think I can explain any better than Jason Keyser so give it a try!

The color and contrast could be a lot of work. Because of the values ​​and colors, it is difficult to see the particles in the bubble. Plus, everything that makes my brain wander is pretty much the same, and everything just grabs into one big bruise. It doesn't stimulate my brain.

LoL effects are absolutely beautiful when it comes to colors and legibility. I would say study a few of them. The subtle hue variations and changes are very noticeable.

You can also assign 3 colors to your grayscale texture to get additional color shifts / variations.
Play around with the Bias and Scale values ​​to shift the thresholds and contrast. (Thanks Jan for the help!)

Remember that contrast only means two different (or "contrasting") things. It could give me colors, hues, values, or saturation
Shapes, lines, hardless or
Quantity, position etc. 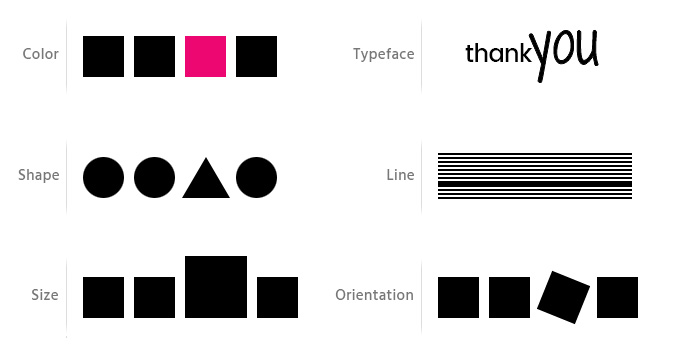 You understand what it's about!

Here is a quick example of the shape contrast.

Having harder elements with soft shapes and textures looks great. Try it! (I learned that from Glad & # 39; s twitching stream )

Another fun thing to try would be to add refraction within the bubble.

You can use Fresnel to hide the edges of the bubble to make it look softer in some places.

Let's go over the moves.

The life cycle of the effect

It's solid! I would love if there was more storytelling.

Do you imagine clumps of water merging from the vapor around the caster and materializing in the bubble?

A fire truck shoots water at the caster and he turns it into a bubble?

Suck the water from a nearby lake?

Or maybe a large water dragon will be summoned to circle the caster and build the bubble around him?

I would give him a nice little anticipation and stick the shield in there. Right now it is zooming in from the center of the caster and feeling very wrong. We want to trick the user into believing it is water, but when you see an obvious ball expanding in size, the immersion is broken. How do we better lie? How do we make the user feel the effect?

You can obscure the entrance with a small torch / explosion or magical energy that gathers and lights everything.

For idle, it could be animated to wiggle around or to shrink and expand.

Here is a snippet of an example vertex shader for you.

You can adjust the speed and strength to suit your needs. Overlay this with simple sounds for smoother movements. Also try to play around with the strength of the axis. Have fun with it!

The ground shader looks cool. You might want to put it in the bubble to make it look like caustic. 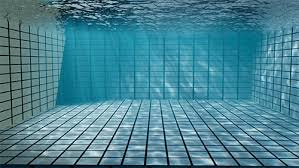 Let's also experiment with more prismatic colors. Would be cool to see!
Here is another reference for you

That is so exciting! My water shader + the etchants that wrap around objects based on the direction of light, all in ONE shader!

And the etchants act immediately on everything that is under water! No fixed height value!

Scaling is very cumbersome. What happens when bubbles burst?
You could try to quickly erode it by quickly enlarging it and splashing out some particles.
You could melt it and leave a puddle of water.
You could make it explode and dispel a lot of rain!
Maybe the caster just drinks all the water himself?
Or maybe a very lively crow will come by and pepper the bubble with pebbles until it bursts.

You could pick a random point on the bubble and start quickly eroding it and randomly morphing it with vertex shaders and spawning a series of particles. I would prototype this with a simple sphere mask expanding from a random point with noise so as not to make the edges so perfect. Hell, you can even do several! Get creative with it.

You could pull out some decals on the floor to make some wet puddles and then erode them.

UV rays are pinched on the top of the sphere that you may want to mask somehow. There are several ways to do this. Hide it with vertex colors, use a cube ball, mask it off somehow, etc.

You can try experimenting with overlapping elements like foam, bubbles, splashes, etc.

I'll try to edit this later hopefully to add some more information. But now I hope that helps a little!

Gojek “The Move” by Henry Scholfield and Mathematic