Adobe previewed some of the 3D graphics projects under development at Adobe Research, the company's research and development department, from a semi-automated 3D modeling system to a new physically based real-time renderer.

The company has not announced any release dates for any of the projects or even the applications to which it will belong, but gives an indication of where the company is going with its product development.

The sneak peeks were shown in yesterday's livestream on new features in Adobe's Substance Suite, along with Substance Designer 2020.2 and a new IBL creation system for Substance Alchemist.

Material creation: Convert a single source image into a PBR material
Of all the examinations exhibited, the best known was a new system for automatically generating PBR material from a single photo source image. 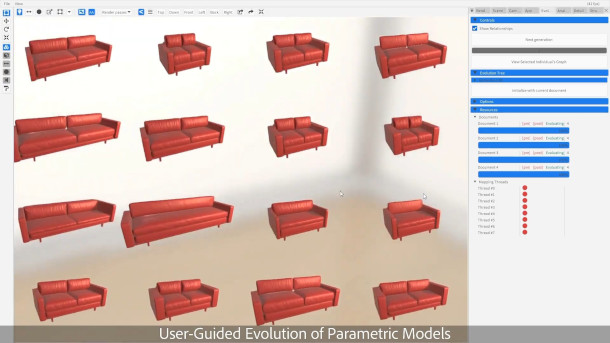 Modeling: Design 3D projects without having to edit the model directly
Other R&D projects exhibited included a new user-guided 3D shape modeling system: the video appears to be an independent application called Structure.

The video shows the software that generates procedural variants of 3D objects such as sofas and changes overriding parameters such as the overall width and the number of seat cushions.

The user can choose the version they like best and then use it as the basis for a new “generation” of variants to work step-by-step on a final design without ever having to edit the model directly. 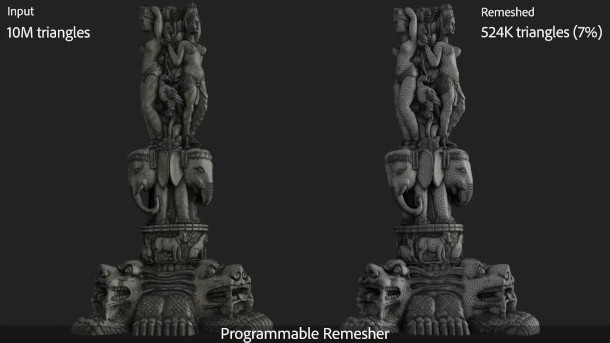 Retopology: Convert the raw geometry into all-tri and all-quad networks
The video also showed a new "programmable remesher" that reduced the geometry of dense sources to even Tris: a slide showed a 10 million poly source that was decimated to 524,000 triangles.

The technology could be used to reduce the poly number of raw scan data to a level that can be used in production.

Adobe also said that a similar system for creating all-quad networks is under development that has potential applications for retopologizing character models for animation. 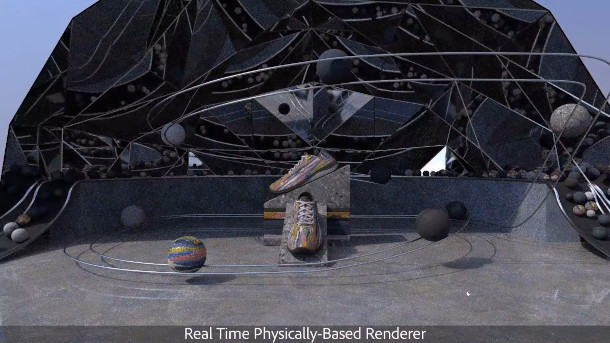 The preview is grainy and not completely photorealistic, but the test scene is pretty crazy, as multiple angled mirrors create nested reflections layer by layer.

Of all the projects presented, it was the most specific for Adobe's current applications. A 3D model in Dimension was rendered as a vector outline to which a custom stroke style was applied in Illustrator. 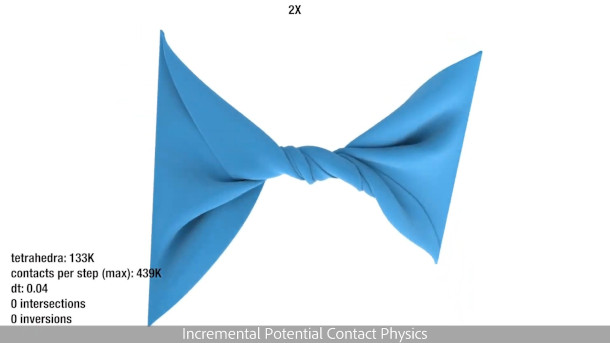 Physics: The new method of incremental potential contact simulates squichy solids
But perhaps the most unexpected tech demo was one of a new physics system based on the article Incremental Potential Contact: Intersection- and Inversion-free, Large-Deformation Dynamics.

I need your opinion as you might have much more data...