Sonic the Hedgehog is a live action adventure feature based on Sega's global video game franchise. The film revolves around the brazen, light blue hedgehog with incredible speed and came to the cinema after a fan had completely revised the main character and his animation. We spoke to VFX supervisor Ged Wright about the redesign and subsequent box office success of the late release of the film. 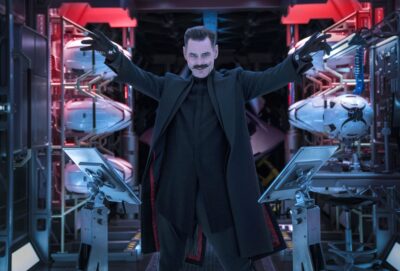 The film follows Sonic's adventures as he navigates the complexities of life on Earth with his newly discovered best human friend, a town cop, Tom Wachowski, played by James Marsden. The film also shows the malicious Dr. Robotnik, played in a classic comic form by Jim Carrey, with Ben Schwartz as the voice of Sonic.

Jeff Fowler took a sabbatical from Blur Studios to shoot the film, which also featured Blur's Tim Miller (Deadpool, Terminator: Dark Fate) as executive producer. Miller and Fowler were nominated for the Oscar for Best Animated Short for their short film Gopher Broke in 2004. 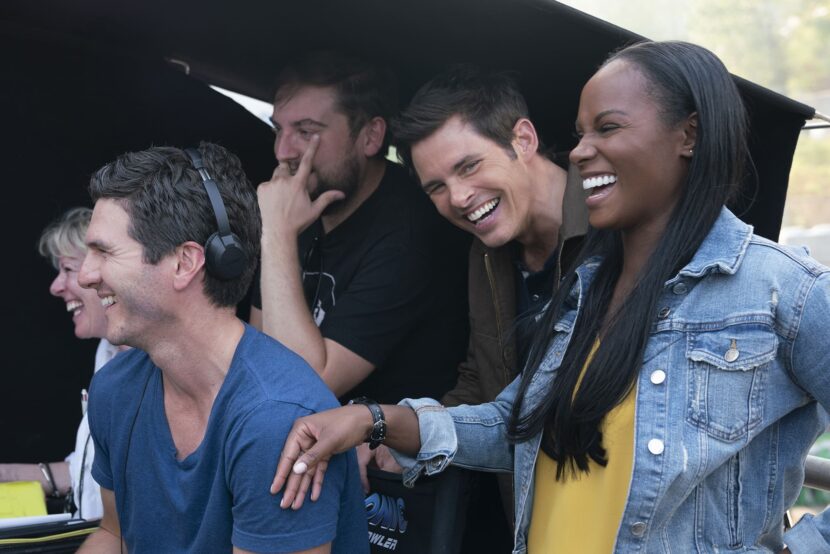 The visual effects supervisor was Oscar-nominated Ged Wright. He already has an impressive list of credits, including several Harry Potter films, Man of Steel (2013) and Iron Man 2 (2010) to name a few. For Sonic the Hedgehog, MPC did the primary animation / effects work.

The film's first trailer caused a massive fan backlash. On May 2, 2019, director Jeff Fowler announced on Twitter that Sonics' design should be changed from the original "more realistic look" (originally designed to better integrate the character into the real world) in order to design the character "The Best, what he can be. " The planned release of the film has been postponed from Thanksgiving weekend 2019 to Valentine's Day 2020. When a new trailer and poster were released on November 12, 2019, fans praised Sonic's new look and the film had a very strong opening in the cinema.

Wright points out that what was interesting about the project for him was that “it was essentially designed as a live-action film, but Sonic is in the film all the time. While you have a photographic background, we actually made an animated film. “Regardless of the redesign, translating a mainly 2D character into 3D is very difficult. The artist who draws or poses a 2D representation avoids uncomfortable angles, such as B. directly in front by rarely or never showing this angle of the character's face. The team also had to faithfully integrate the character into the live action lighting while maintaining Sonic's distinctive and saturated colors.

For the redesign, Sonic got bigger and different-colored eyes, new running shoes that resemble the original Sonic sneakers from the games (but are marked with a Puma logo), white gloves (against white hands) and a less human-like body resemble the design of the Character in the video games. His mouth and teeth were also changed a lot. The IMDB estimates that the delay in the film and Sonic's stylized redesign have brought the film $ 5,000,000 above its original budget of $ 90 million, resulting in a final budget of $ 95 million.

When the redesign was commissioned, the artist Tyson Hesse, who had worked on previous Sonic the Hedgehog media, was commissioned to lead the redesign. "But much of the work the team had already done on the look of Sonics fur should have eyelashes and how they look … how we should treat our eyes … all of these things were actually directly translatable to the new design" Wright comments. "I think the redesign only took seven or eight weeks, which is a record for the design of a 3D character at MPC."

The process was supported by the fact that Hessen previously had a close relationship with Sega. The team flew to London, "where we all sat with the guy who was the concept sculptor and literally only did it in real time." Wright believed that Hessen had a clear mandate to take the lead in the redesign and that everything could fit together very easily. “Actually, the redesign was strangely painless. In some ways, an exaggerated character is easier for the team to do, ”he comments.

MPC and the team have carefully tried to keep limb lengths the same. Although some of the characters' proportions are different, the original blocking and framing of the recordings could be used. Of course, the face and final representations of the character have changed, but at that point the team hadn't scored many shots.

The production had a small internal production team that did major rework for the entire film. The pre-viz team, which uses a rough version of Sonic, blocked the entire movie. It used full 3D tracking and was properly rationalized so that we could pass this data directly to MPC through the production pipeline. Wright points this out. Looking back at the problems of storytelling and the narrative structure of the film created with this older version of Sonic, it was still applicable when the design changed. " 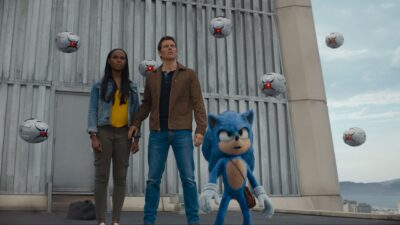 The new Sonic was much more of a Pixar or Disney character. In addition to the changes mentioned above, the new character no longer has round eyeballs and his eyebrows are more defined. "Much of the animation care was due to his eye positions because we didn't want him to look with his eyes crossed," Wright said. "But with the new two oval eyes and his traditionally drawn style of really pulling the pupils together, we had to work on finding key positions where he definitely looked like Sonic."

His eyebrows and other aspects of his face are also no longer colored evenly. Wright said that this had been communicated through the work previously done. “Of course, you had to add some color zones to emphasize the structure of your face with the underlying color variations. In contrast to that his fur has only one flat blue. “Without the regional shifts in color, Sonic's facial expressions would not stand out, and Wright would find it easier to emphasize where the audience's eyes should be on the character's face. "I think there was only an assumption that Sonic would be a shade of blue, but it just doesn't work." These color accents are very well visible in many traditional 2D graphics of the character. While Sonic's new hands are bigger and now in gloves, they change size from shot to shot to achieve visual consistency with the new, more stylized look.

In addition to the budget or schedule issues, there was a management issue Wright faced because his team didn't lose heart when it redesigned. "Jeff (Fowler) was kind enough to come to Vancouver with people from Paramount and gave a really nice speech to the entire crew," he recalled. Wright stood next to the director when he spoke to the MPC team: “And I could see that it meant a lot to them. That the person making this film came instead of sending an arbitrary edict from LA. Instead, he came and thanked them for their energy, ”he adds. "Jeff was thrilled with the opportunity and told them so. He also had time to sit one on one with different artists. Jeff definitely took the time to realize that people have invested much of their personal lives in this project and that you have to thank them. "

After this meeting, the team took five test shots when Sonic was sitting on a motel bed talking about how he doesn't want to leave. "And one of the very first shots of this shot that came back from the animation was absolutely perfect," Wright recalls happily. "We chose a very exaggerated design that could be seen to work if it ran around and avoided explosions. After the director's little encouragement talk, the team had delivered a very warm and expressive performance with this new, very exaggerated character I think what ended up in the last film, apart from a few minor changes, is pretty much this test. "

This test was particularly important because the main concern with the redesign was that the character could be expressive and perform well. The team wasn't worried about the action sequences, but for a feature film to appeal to the audience, Sonic has to do a lot more than just blur on the screen or fly around in the film's inevitable action sequences. "We needed more emotional variation and subtlety for Sonic, and the animators did that," Wright adds. “I think one of the problems with such an exaggerated design is that it wouldn't be able to do it. And I think the fact that this animation test came back so strongly raised everyone's heads and gave them their energy or maybe the confidence to move forward. "

Greenscreen.blog - May 25, 2020
0
In this Kino5D short tip video, I'll show you how to work with LUTs in Blackmagic DaVinci Resolve and how to avoid a mistake...

Greenscreen.blog - May 25, 2020
0
Due to the cessation of coronavirus production in NYC, the NBC show The Blacklist was discontinued in the middle of the finale episode...

Greenscreen.blog - May 25, 2020
0
Hello everyone, thank you for your knowledge and help! You showed some really cool...

The Legend of Zelda : Fan Artwork