To be honest, I really wanted that to be the subject musicSo I decided to incorporate some musical elements into my sketch 🙂

My idea is to create some kind of game menu, something like a starry background with a rotating planet, a big comet in the foreground that stays here, a huge title "COMET" Synthwave style and a fading text that says "Press X to Start"with elements synchronized with a catchy / optimistic music, Chipzel, Water flame, or something else

Here is my entry for the sketch! 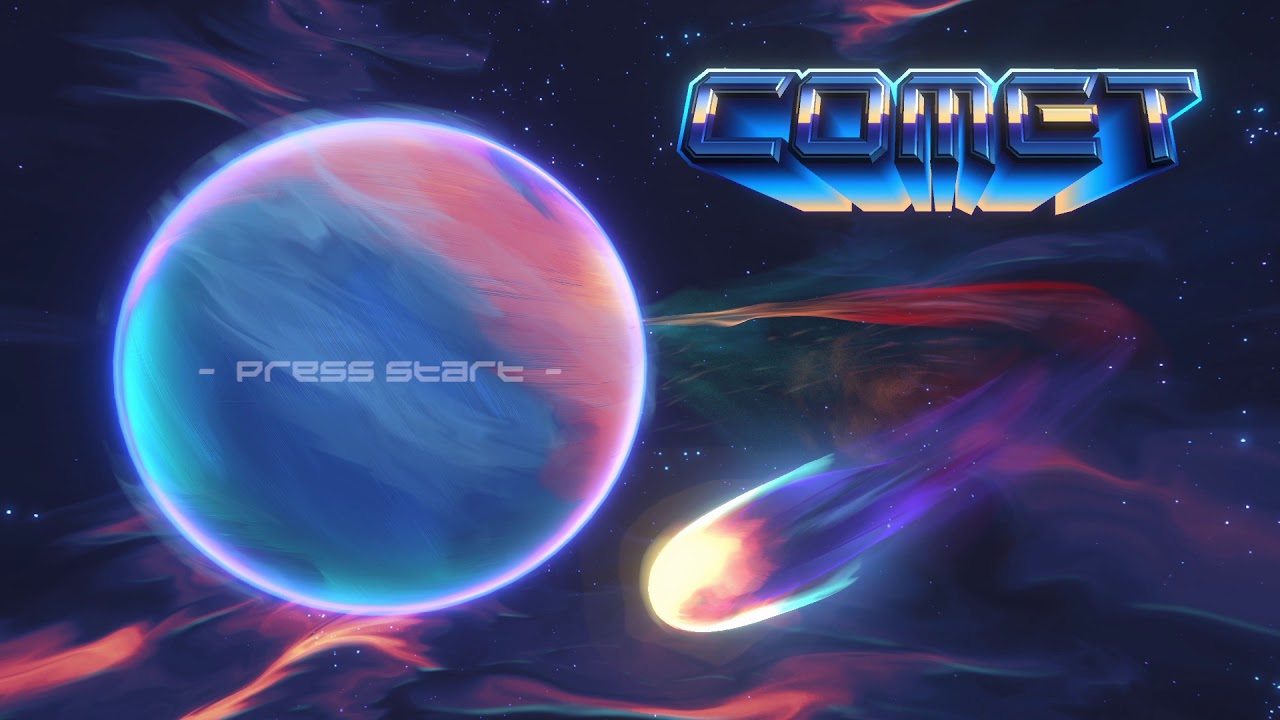 I posted it a little late because I had some issues encoding my video, sorry
The music used is "Is that okay?" by Meganeko

I wanted to animate the comet around a spline and create another intro, but it would have taken more time to create effects for the comet's movements and all of the things I had in mind. So I decided to use the different planets I made to make this less epic but still fancy intro!

The comet itself consists of several meshes with a few shaders and particles. With this project I really wanted to emphasize the “painted” effect on my textures, so I didn't use a lot of “classic” particles and tried not to burn my colors too much with bloom (unfortunately not) took the time to find a better one To make head for the comet)

The title "Comet" is a 3D mesh that was rendered on a different orthographic camera with different shaders. and I've made several versions of this title, one for each planet! I will try to incorporate them in the future.

Anyway, I'm really happy with the outcome because unfortunately I spent a lot less time on this project than the previous one, but I'll definitely keep improving it and when I'm done I'll post something a final one Version here

So I made a customizable planet shader, this will be my main background object. I tried to keep that "brush / painted" feel to the noise textures, match my references, and take a really stylized approach. Here is a reverse, with some functional examples:

And here are some planets I've tried to test the different possibilities. This thing can do cool things!

Next step, comet! I will have an update this week

I will do my best to finish and polish my sketch as I fear I won't have much time to work on it this month. But at least I'll have something cool I hope!

Don't hesitate if you have any questions