We chat with DP Michael Dallatorre about working with Dave Grohl on this hilarious parody of pharmaceutical commercials.

We've all seen these commercials on TV. You know the ones I am talking about. Those with soft tones and emotional music swell as grumpy characters walk through their homes in slow motion. The voice over describes her symptoms and explains that her love for life has gone. Suddenly the tone changes and a new miracle cure or treatment is introduced and immediately things look good as a voice at the end quickly mumbles a long list of side effects.

However, just because you've seen these commercials, could you recreate one yourself? This was the job of cameraman Michael Dallatorre when asked to manage the camera as cameraman for this latest ad for FreshPotix.

What is FreshPotix? Well, it's a made-up panacea for those suffering from coffee addiction. And it comes from none other than legendary rocker Dave Grohl, as he and his band Foo Fighters are the creative forces that get Dallatorre to shoot their infomercial. We talked to Dallatorre about how he could bring this spoof commercial to life, shoot it with the Blackmagic URSA Mini Pro 12K, and work under Grohl's comedic direction.

How did this parody project come about?

Ha, Dave has these crazy ideas right now and sometimes it goes like this: Hey, can we shoot this next week? So they called me and I had just received a test kit from Blackmagic with the new URSA 12K and ran a series of tests, but hadn't had a chance to shoot any real content so this worked perfectly.

It wasn't the first time Dallatorre worked with Dave Grohl and the Foo Fighters, but as he says, the opportunities to work with them can come out of the blue and come very quickly. Fortunately for Dallatorre, by the time he got the call for this project, he had already put a new camera through its paces to work in a contemporary setting like this viral video shoot.

Dallatorre also confirms that Grohl, who came up with the idea based on his real-life coffee addiction (which actually got him to the hospital in 2009 and that original 2010 parody spurred on), was the driving force behind the concept and directed the shoot with Dallatorre as Camera expert and DP.

Tell us about your experience with the Blackmagic URSA Mini Pro 12K.

Shoot in the studio with the Blackmagic URSA Mini Pro 12K.

I already had the camera to do some tests with it and give feedback. But this was the first project I got to take it through an actual production. And most of all from all of the tests I did, I was really impressed with the color rendering. So I wanted to try it out with actual skin tones and the unique challenges of this shoot.

For this shoot, which Dallatorre knew would be uploaded online for the audience, he and Grohl decided to leverage the URSA Mini Pro's ability to shoot 4K at 96 frames per second in order to capture the “Hallmark Pharma-Commercial-Look “to achieve as usual from advertising on television. With the high frame rate, they were able to achieve this “slowed down” quality for all B-rolls without affecting the image quality during 4K recording.

Dallatorre also noted that their decision to shoot 4K instead of 8K or 12K was based in part on its storage capacity for recording. If they pushed 12K at 96 fps, it would fill 512 GB of cards in a matter of minutes. Due to the specific requirements of the project and the location where it was supposed to be uploaded, the decision to go with 4K worked flawlessly.

Do you have any advice on working with famous artists like Dave Grohl? 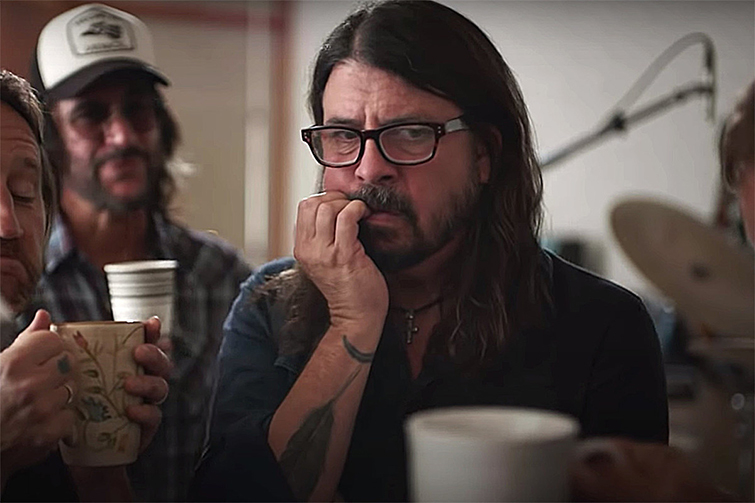 I got lucky with Dave and the Foo Fighters because they're all really cool people. It also helps to have Dave as a director as he's essentially the director of the band so they already know how to work together and work together on certain things. They were all trainable, but having been around for so long they understood how to deal with staying in line for close-ups and other nuances like this.

In general, it can be a little tricky as a DP or a director to work on filming where the main subjects will be non-actors who will be asked to "perform" for certain scenes and roles. While Dallatorre admits that Grohl and the Foo Fighters were seasoned professionals for performing in front of the camera, it doesn't seem too daunting as long as you can stay patient and commutative about the framing and what you're looking for in each scene.

And thanks to the band's experience on camera, Dallatorre confirms that they were able to shoot the entire project in one day. The part of the band was completed in the morning before all the individual recordings were covered by Grohl in the afternoon.

What was your process to recreate that commercial drug look? 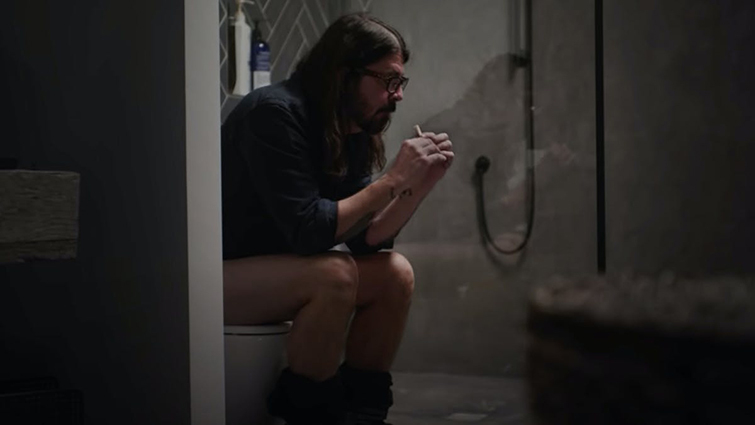 In this parody ad, they started with a darker tone that brightened it up after the introduction of the "drug". Image by Dave Grohl for FreshPotix via YouTube.

In all honesty, it goes without saying to be constantly bombarded by those cheesy ads and recreating them – handheld vignettes in slow motion. And Dave knew exactly what he wanted. Sound wise we started a little darker at the beginning, then after the "drug" is introduced it gets a little lighter and the music gets happier, which I did with the color timing.

In many ways, all great cameramen and filmmakers are parodists. We are constantly consuming media and copying, learning and developing our own unique looks and styles from every other movie, video and commercial we watch on a daily basis. For Dallatorre, the process of recreating (and parodying) that one specific look wasn't too difficult simply because, like many of us, he had already seen so much of the content.

For their on-set adjustments, Dallatorre said they'd split production into two segments, each with unique but similar appearances. First they had the darker section "Before FreshPotix", which he shot with a cooler color temperature and appearance, before leading into the "After FreshPotix" section which he "placed hotter" to give a distinction for a happier picture create sound.

How did you find the workflow between URSA Mini Pro and DaVinci Resolve? 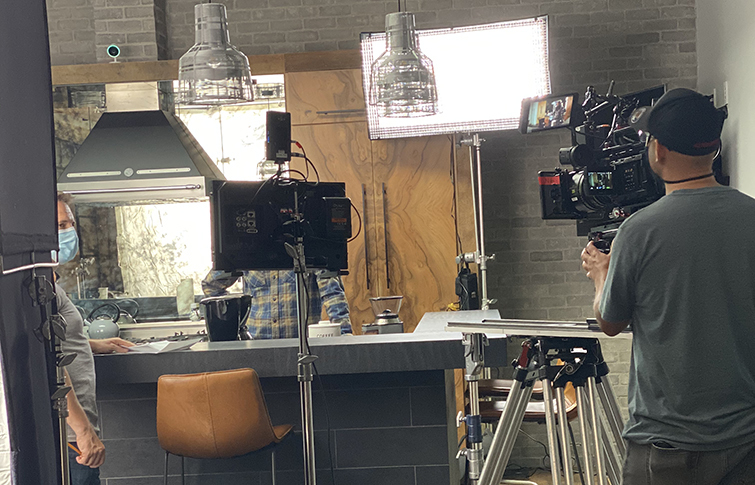 Shot of the FreshPotix commercial.

The color correction was pretty minimal and Blackmagic has a built-in base LUT that I used and it's actually pretty similar to what I use on an Alexa when shooting on this one. It's a very good start-up LUT and very little to do besides adjusting the color temperature. In some areas I added a small vignette. But no one ever felt too green or magenta like I find with other cameras.

While Dallatorre didn't do the editing for the video himself, he did some initial color corrections and touch-ups by incorporating the URSA Mini Pro footage into DaVinci Resolve. Similar to how they worked with FreshPotix in production with the distinctive look “before” and “after” in the camera, he tried to darken the “before” footage a little and lighten the “after” shots to make them their own To give emotions.

As soon as its colors were set, the project was transcoded for AVID and the project passed on to the editor. Dallatorre's job was done and as you can see in the final product, he was able to work with some famous professional rockers and do a parody to bring Grohl's creative vision to life.

For more interviews and insights into cinematography, check out these additional articles.

Cover photo by Dave Grohl for FreshPotix via YouTube.