Castle Pendragon is an ancient fortress that plays a central role in Arthurian mythology. When Goodbye Kansas Studios was hired to recreate this iconic fortress for the Netflix fantasy adventure series Cursed, the team of VFX artists faced a difficult challenge.

Cursed re-introduces the Arthurian legend, but diverts her attention from the character of the mythical king himself and instead focuses on Nimue, a young woman destined to become the lady of the lake. It tells the story of their mission to give Merlin an ancient sword and shows their fight against the sinister Red Paladins. In total, Goodbye Kansas Studios worked on 126 VFX recordings for the show.

How could they make Castle Pendragon look realistic enough to convince viewers but magical enough to reflect the lofty creative vision of Frank Miller, co-writer of the graphic novel that inspired the series?

To conjure up the castle, the London VFX studio worked closely with Miller, who is also known for his involvement in hit films such as 300 and Sin City. Goodbye Kansas added credibility to Arthurian Fortress by combining VFX imagery with real footage of a rough, windswept coast. 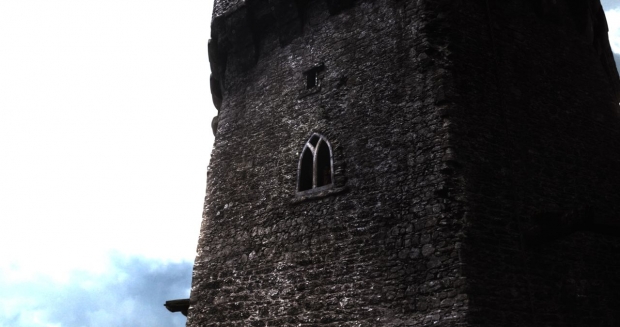 The real Pendragon Castle in Cumbria is in ruins. Goodbye Kansas & # 39; Pendragon Castle was placed on a headland on the Welsh coast that was filmed with a drone. If the viewer looks closely, he sees seagulls in front of the fortress, which were shot during production, tumble and dive before Goodbye Kansas worked on keying the birds and putting them together into their recordings. This reveals a key technique used during the filming process: fusing real footage with CG images to add credibility.

Ditch Doy, VFX supervisor said, “CG can“ borrow ”reality from photography, which is one of the reasons I'm glad we used real footage instead of creating the entire environment in VFX. It would be It has been very complex and expensive to use VFX to create a dramatic looking coastline with realistic water and waves crashing on the cliffs. Placing the castle on a real headland helped improve the overall realism of the footage. "

During the design process, the castle went through several iterations and evolved into a structure that resembles an Arthurian fortress, but still reflects the flare of Miller's stylized comic book illustrations.

Rebecca Vujanovic, the production's VFX producer, stated, “We're Frank Miller fans. It was really exciting working with him on the series and building the castle. The asset started out as a generic structure resembling a ruined British castle, but developed quickly as we worked on it. " 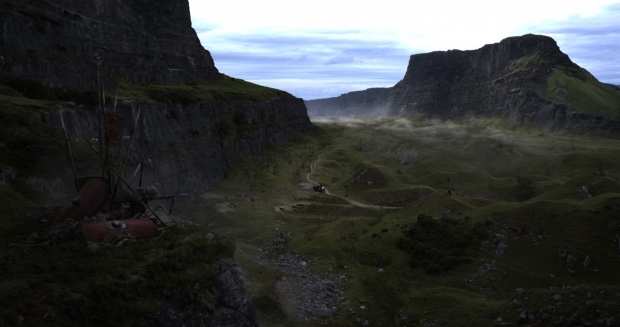 "At first it became more of a ruin, but then Frank Miller got involved and we went in a different direction," she continued. “At some point we imagined the castle with flying buttresses and towers sticking out at crazy angles. In the end, however, we decided on a design that was realistic, yet still retained the feel of Frank Miller's graphics. It's very hard to make people believe that a CG building is real when it's too awesome. "

According to VFX producer Desiree Ryden, “The castle first went through an extensive concept phase with our in-house art department before it was built as a CG asset. During production, we felt like we owned the lock as it was a two-way development process. We would pass ideas on to Frank Miller and his team, who would then send works of art back to us. Even before we even touched 3D software, we had to make blueprints so we knew exactly what we were doing at the beginning of the build. "

Originally, the castle was supposed to stand on top of a cliff that was being shot in Wormshead, but it proved too difficult to film this treacherous location so another stretch of coast became home to Uther's fortress.

Rafael Morant, art director at Goodbye Kansas, added, “Worms Head has a really stark, interesting looking rock face. But we couldn't shoot there, as this posed a great risk to our crew. We took it to a completely different landscape. A drone crew happened to be filming along the coastline in Cornwall so we took footage of a flatter coastline and then worked on integrating the castle into this different landscape. This was an unplanned and impromptu part of the production but it worked out well and gave us a really interesting piece of photography. " 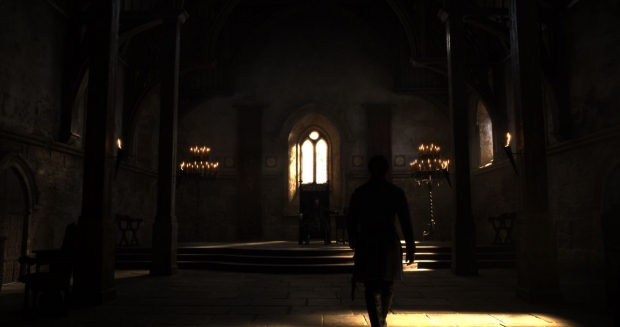