Director Antonio Campos calls the "Spider-Man" actor "one of the greats of his generation". 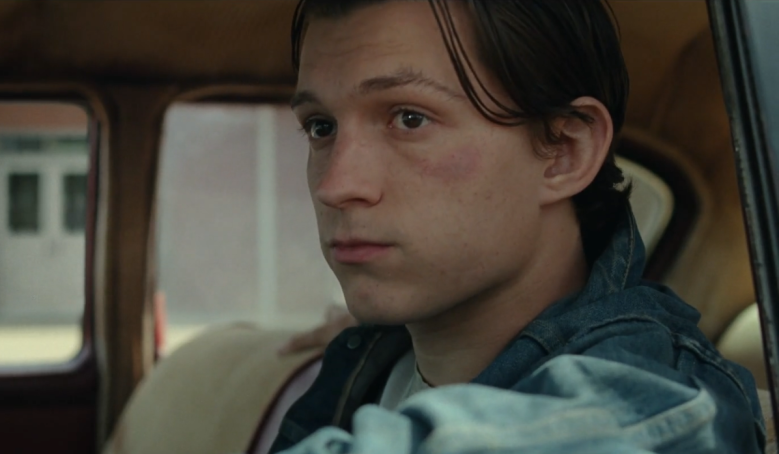 "The devil all the time"

Moviegoers who only know Tom Holland from his favorite role in Peter Parker's Marvel Cinematic Universe in the films "Spider-Man" and "Avengers" will be quite a shock with "The Devil All the Time", the upcoming South Gothic drama from "Simon Killer" and "Christine" filmmaker Antonio Campos. "Devil" casts Holland as Arvin Russell, a local in the woods of Knockemstiff, Ohio who is surrounded by a variety of sinister and corrupt characters played by Robert Pattinson, Riley Keough, Haley Bennett, Jason Clarke and Mia Wasikowska. and Sebastian Stan. Go behind the scenes of Holland's gig in the exclusive featurette below.

"In the hands of a lesser actor, Arvin would have been just an impenetrable, possibly alienating character who has done many terrible things," Campos said in an exclusive statement about the cast of Holland in his new feature film. “The key to him was understanding his trauma and communicating the humanity within him. Beyond adapting his voice and physicality, Tom was able to take on and carry the trauma Arvin had lived, but still communicate the warmth and humanity that made Arvin an accessible character to actually connect with and for we could put down roots. "

Campos added, “It's rare for an actor his age to grasp this complexity with ease. He's one of the best I've ever worked with and really one of the greats of his generation. "

In the featurette, Holland explains that nailing down Arvin's accent was one of the most important early steps to be taken in the creation of the character. The actor is well aware that most fans associate him with Peter Parker and the lively American accent that comes with playing the superhero. That's why Arvin's southern train was important to perfecting it, as it's as if movie-goers had never heard of Holland before. While the actor has received multiple voice roles outside of the MCU (including this year's "Onward" and "Dolittle"), "Devil" marks Holland's first non-MCU live-action role since the festival debut of "The Current War" in 2017 .

"The Devil All the Time" begins streaming on Netflix on September 18. Check out IndieWire's exclusive Tom Holland feature in the video below.

How Did ‘Warmth’ Encourage Nolan to Make Gotham a Character in ‘The Darkish Knight’?

Greenscreen.blog - November 27, 2020
0
When someone talks about virtual private networks (VPNs) and games, it is almost always assumed that the person is talking in the context...

Greenscreen.blog - November 27, 2020
0
La Strada One of the most interesting periods in the history of Italian cinema is the era of international co-productions that followed neorealism. The...

What Does Ben Affleck Suppose is the Way forward for Mid-Price...