VFX Legion, a distant global boutique-style VFX services company, has announced the opening of an extensive division in British Columbia. James David Hattin, an early proponent of visual effects virtualization, founded the company in 2013 and introduced a breakthrough business model for collaboration from home years before COVID-19 made social distancing essential. The new Kelowna division with headquarters in Los Angeles expands its innovative and robust suite of remote visual effects services.

"We started testing the waters in British Columbia last April," says Hattin. "It didn't take long to find that the volume of inexpensive, photorealistic visual effects required for the rugged film and television industry was a perfect match for the efficient, high-quality remote services offered by VFX Legion. The workload increased steadily and we In less than a year we exceeded our first experiences. Spurred on by the influx of jobs and positive feedback from customers, we decided to set up a comprehensive end-to-end department with expanded technical and creative resources, to further strengthen our skills. ""

Since security is the top priority and is of crucial importance for the expansion strategy, VFX Legion set up the new location with TPN certification and remote workstations in a restricted area. It also significantly increases the company's storage capacity. An integrated virtual private cloud keeps all content local and offers artists instant access and customers complete control over their assets. The studio's size and layout allow for social distancing with multiple offices rather than an oversized open work area. 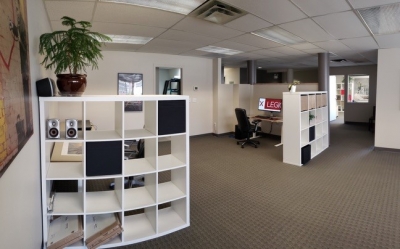 VFX Legion is proactively expanding its provincial talent team and building a local workforce large enough to make the most of significant tax incentives. According to Hattin, "British Columbia's investment in infrastructure technology, including fiber-optic Internet connectivity, is another reason the province is a perfect hub for our remote business model."

“The ability of our sophisticated pipeline to make an artist's location irrelevant is what gives VFX Legion its greatest asset – an abundance of extraordinary talent with remote knowledge,” he continues. “Long before the pandemic, there was a collective of over 200 artists who brought mastery of remote technology and our collaborative workflow that over the years optimized efficiency and creativity for dozens of films and hundreds of TV episodes. While the industry struggled to set up in-house staff to work from home in response to a crisis, we didn't have to change anything. " 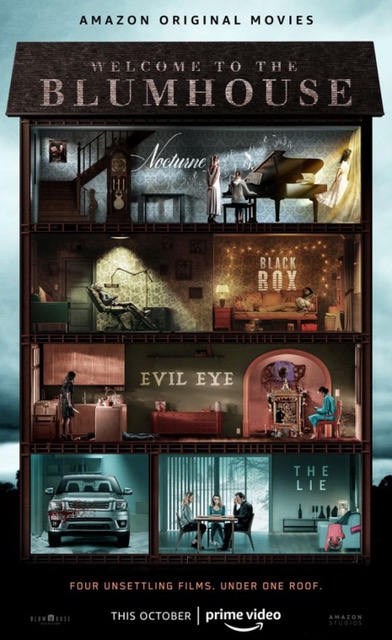 The studio has over a dozen projects planned, including seven films for Welcome to The Blumhouse, a show of dark genre films produced by Blumhouse Television and Amazon Studios. The B.C. The division currently manages the production of all visual effects for Black Box, which are due to premiere on October 6th with The Lie. VFX Legion / B.C. is also the only VFX provider for Evil Eye and Nocturne, both of which will debut on October 12, as well as the last four films in the series, slated for release in 2021. The thematically linked package is to be streamed on Prime Video and is the first global direct-to-service offering from Amazon Deal.

"We invested in British Columbia during a very exciting time," says Hattin. "The work of the province in setting mandates and guidelines has put it on the fast lane to recover." The shooting was done in v. Resumed, making it one of the first regions in North America to resume production since COVID-19 shut down. The move provided an opportunity to expand our pioneering remote service and position VFX Legion to equip the first wave of production with innovative digital solutions that meet unprecedented challenges. "

The company's credits include television series such as "How To Get Away With Murder," "Madam Secretary," "Scandal," "DC's Legends of Tomorrow," "Suits," "Eye Candy," "Revolution," "The Catch and Gone." ". Films include Hardcore Henry, The Gift, 12 Strong, Ithaca, Lowriders, Ouija, Ouija 2, Killers Anonymous, The Circle, The Hour of Holding, Souls of Totality, Stephanie, The Veil, #RealityHigh, After, Jem and Die Holograms, Sinister 2, Ma and Superfly.

Already Been Chewed and Lots Be a part of Fortunate Roster