The 2020 VIEW Conference kicks off a new virtual series of discussions, Meet the Masters, which debuts with Oscar nominee Nora Twomey, partner and creative director at Cartoon Saloon, speaking to award-winning animation director Kris Pearn, whose latest film is This year's highly acclaimed The Willoughbys that premiered on Netflix earlier this year. The virtual session will take place on November 24th at 10:00 AM PST, 7:00 PM CET and 6:00 PM in Ireland and is scheduled for one hour.

Twomey directed The Breadwinner, co-directed The Secret of Kells, and was Head of Story for Song of the Sea, all of which have received Oscar nominations for best animated feature film and numerous international awards. She produced the current feature Wolfwalkers from Cartoon Saloon for Apple and is directing a new feature, My Father & # 39; s Dragon, for Netflix.

"Kris and Nora are both direct animation films, but Kris & # 39; adorable CG films and Nora's beautiful hand-drawn animation films are so different," says VIEW conference director Dr. Maria Elena Gutierrez. "I'm excited to see how Kris brings Nora into a conversation about her approach to developing and directing an animated feature."

Twomey made and animated her first short film there in 2002, made several award-winning short films and now has 11 short and animated films as an animator, director, head of story, producer and / or voice actress. In addition, she led the development processes of the television series Puffin Rock and is co-creator of the current series Dorg Van Dango. In addition to the Oscar nomination for The Breadwinner, the film received Audience and Jury Awards at Annecy and was nominated for a Cristal, as was The Secret of Kells, which also received the Audience Award at Annecy. In 2018, Nora Twomey received the Visionary Award at the VIEW conference. 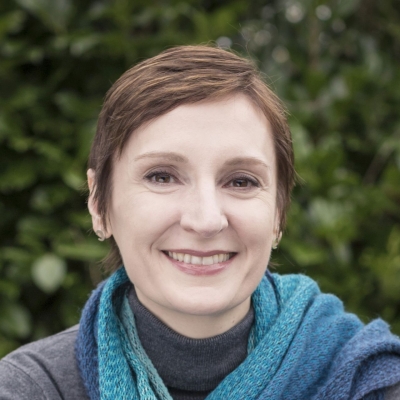 Pearn is a director, executive producer, writer, storyboard artist, and actor. He was nominated for a BAFTA Children's Award for directing the cartoon Cloudy with a Chance of Meatballs 2 and received two Annie Award nominations for storyboarding the Arthur Christmas and Open Season films. He was a storyboard artist for Shaun the Sheep Movie, Solo: A Star Wars Story, and Surf & # 39; s Up, among others.

Use this link to join the free session: http://viewconference.it/pages/nora-twomey

Ask questions in advance by writing to info@viewconference.it

The international VIEW conference, Italy's first event for computer graphics, interactive and immersive storytelling, animation, visual effects, games as well as VR, AR and mixed reality, brings top professionals from these fields to the beautiful baroque city of Turin, Italy Week for a while Lectures, presentations and workshops. The VIEW 2021 Conference will take place virtually in Turin's state-of-the-art OGR venue from October 17-22.

The online edition of the VIEW Conference 2020 is now available on request. Buy tickets here: https://media.viewconference.it/view2020/

The VIEW 2020 conference is made possible thanks to the support of the Fondazione Compagnia di San Paolo, the Fondazione CRT, the Piemonte region, the Città di Torino and the OGR.

This event is organized by the VIEW Conference in collaboration with OGR and Cartoon Saloon.

Halo Infinite “Step Inside” by Patrick Clair and Raoul Marks