Cambridge-based VFX studio Vine FX has announced the promotion of Pedrom Dadgostar to Head 3D and Ezequiel Villanueva to Head 2D. The couple will lead their respective departments and manage the balance between the artists resident at the facility and those working remotely. The promotions come as the company continues to strengthen its creative offerings.

A seasoned 3D supervisor, Dadgostar began his career at Bandito VFX before spending three years at MPC Advertising, where he worked on a selection of high-profile, award-winning commercials including Ridley Scott's Hennessy: The Seven Worlds and Channel 4's 2018 Trailer for Great British Bake Off. Since joining Vine, he has been instrumental in growing the 3D department, most recently working on War of the Worlds, Season 1.

With 12 years of VFX experience, Villanueva has spent time at MPC and Double Negative where he has built an excellent credit list of projects including The Lion King, Mad Max: Fury Road and Wonder Woman. He currently leads Vine FX's 2D team on the upcoming eight-part series The Serpent, jointly produced by BBC One and Netflix. 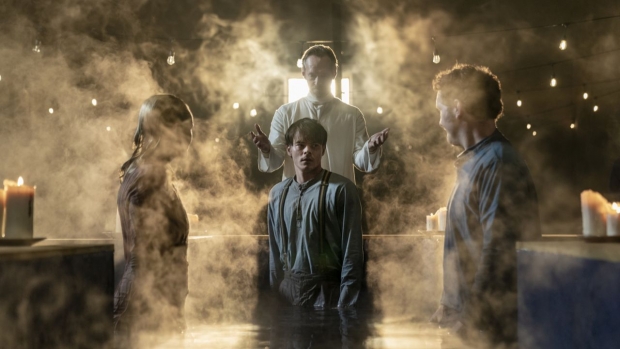 "At Vine FX, we are committed to delivering high quality visual effects for feature films and episodic dramas," commented Michael Illingworth, Founder of Vine FX. “Ped and Eze bring a wealth of experience from their respective fields and are a great addition to the team. I am really looking forward to developing Vine with them and building on our recent successes. "

Vine FX is currently working on a number of exciting film and television projects and is looking to expand across all departments. Shows currently in-house include The Serpent (BBC, Netflix), Viewpoint (ITV) and War of the Worlds Season 2 (Fox, Canal +).