At GTC last March, Nvidia gave a preview of "The Marbles RTX technologyThe demo, which runs on a single NVIDIA RTX 8000 GPU, showed how complex physics can be simulated in a real-time ray-traced world.

During the launch event for the GeForce RTX 30 series in September, Jensen Huang, CEO of Nvidia, presented a challenging version of the “The Marbles RTX” project: staging the night scene and demonstrating the effect of hundreds of dynamic, animated lights.

“Marbles at Night” is a physics-based demo that was created with dynamic light sources and over 100 million polygons. The final video was created in NVIDIA Omniverse and runs on a single GeForce RTX 3090 GPU. The last video showed hundreds of different light sources at night, with each marble reflecting the lights differently and everything happened in real time.

As the tech giant notes, "Reflections have never looked this good."

Not only does Marbles at Night demonstrate the latest in content creation technologies, it also shows how creatives can now work together seamlessly and create simulations with incredible lighting, accurate reflections and real-time ray tracing with path tracking. According to Nvidia, "Artists are using NVIDIA RTX GPUs to take real-time graphics to the next level, creating visuals with rendered surfaces and light reflections to create incredible photorealistic detail." 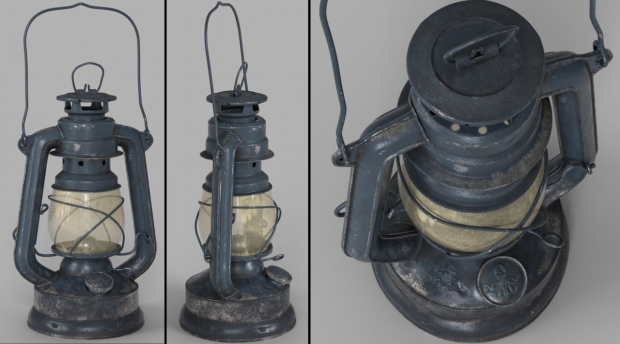 Crossing the limits of creativity

As described in the publication, a team of artists from Nvidia worked together to create the project in NVIDIA Omniverse, the real-time graphics and simulation platform based on NVIDIA RTX GPUs and Pixar's Universal Scene Description.

While working in Omniverse, the artists uploaded, stored and accessed all project resources in the cloud so they can easily share files between teams. You could send a link, open the file, and work on the assets at the same time.

Every asset in “Marbles at Night” was handcrafted, modeled and restructured from the ground up. Marbles RTX creative director Gavriil Klimov bought over 200 painting supplies and took reference photos of each to capture realistic details, from paint splatter to wear and tear. Texturing was done entirely in Substance Painter, with several variations for each asset.

For more project details and to hear the latest announcement from Omniverse, now in open beta, go over to the Nvidia Post.