Leading VFX studio Rodeo FX shared a new VFX breakdown role with AWN, showing their extensive work on Amazon Prime Video's neofuturistic semi-anthology Tales from the Loop. The challenging work required a fine balance between the naturalism of the science fiction fable and the photo-realistic elements that gave the show an almost surreal but uniquely futuristic look and tone.

To make this clear, the show's director, Andrea Knoll, used Rodeo FX (Stranger Things Season 3, Jack Ryan from Tom Clancy) as the main seller. Under the guidance of Robert Bock, the supervisor for the beginning, the Rodeo FX team breathed life into the more fantastic elements of the original vision of the Swedish artist Simon Stålenhag. VFX production included four robots (three mobile, one static), Paul Schneider's mechanical arm, and myriad environmental elements that encompass a world that is both picturesque, humanistic, and vibrant, but sharp, technical, and brand new. In total, Rodeo FX has contributed over 700 recordings to the series. These two hours of screen time are a record for the studio.

Tales from the Loop, created by executive producer Matt Reeves and based on the recognized art of Swedish artist Simon Stålenhag, explores the city and the people who live on The Loop, a machine built to unravel the mysteries of the world Deciphering and exploring the universe – what makes things possible was previously only banned in science fiction. In this fantastic, mysterious city, poignant human stories are told that offer universal emotional experiences while being based on the intrigue of genre storytelling.

Tales from the Loop comes from Fox21 Television Studios and Amazon Studios in collaboration with 6th & Idaho and Indio Studio. The series was created by Nathaniel Halpern, who wrote all eight episodes and is the executive producer alongside Reeves, Stålenhag, Mark Romanek, Adam Kassan, Rafi Crohn, Mattias Montero, Samantha Taylor Pickett and Adam Berg. 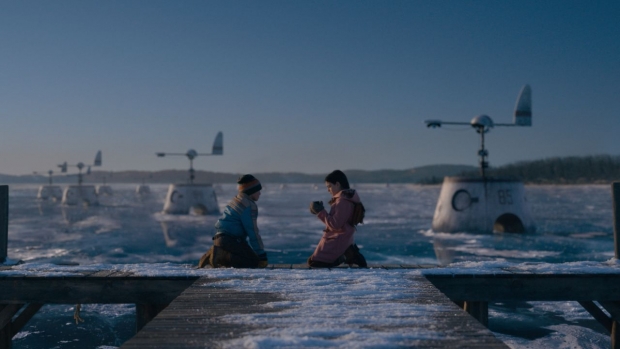